The EFF says the state of the SABC's finances, which could lead to the retrenchment of hundreds of staffers can be blamed on the ANC government. 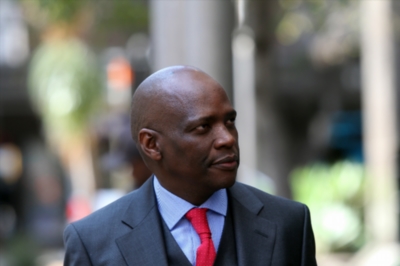 The EFF has blamed the ANC government for the possible retrenchment of 981 employees and 1,200 freelancers at the SABC.

In a statement issued by the red berets on Wednesday following the broadcaster’s press briefing on its financial standing and possible restructuring at the corporation, the EFF said the ANC-led government was to blame for the situation at the company because it had “imposed, sustained and guided [former COO] Hlaudi Motsoeneng’s loot of the SABC”.

The financial crisis in which the SABC finds itself can be traced back to the tenure of Motsoeneng.

The corporation had to fork out R22 million to defend Motsoeneng in court during his reign.

In a parliamentary reply to Democratic Alliance MP Thomas Hadebe in March, then communications minister Mmamoloko Kubayi-Ngubane revealed that Motsoeneng was a respondent in no fewer than 15 different cases in the 2013/14 financial year.

His legal battle against the DA over the public protector’s report into governance failures at the public broadcaster – “When Governance and Ethics Fail”– led to the SABC footing Motsoeneng’s legal bill of R5.3 million.

Other spending included R4.9 million in litigation on “various SABC board matters”, R1.6 million against the Helen Suzman Foundation and R1.1 million in a case against journalist Vuyo Mvoko.

Former SABC board member Krish Naidoo earlier this year testified before the CCMA that Motsoeneng’s unilateral implementation of the 90% on-air local music content led to the loss of R300 million in advertising revenue.

During the briefing on Wednesday, the SABC’s HR executive Jonathan Thekiso said there was a process unfolding between Motsoeneng and the broadcaster involving the legal costs forked out by the SABC and R15 million, Thekiso said, that he believes was a bonus paid to the former COO.

The EFF further blamed National Treasury under the ANC-led government because Treasury had refused to give the SABC a guarantee letter to use to source help from “commercial lenders”.

“This is responsible for why SABC cannot help but cut off workers and subject thousands of lives to the rising tide of hopeless unemployment,” the EFF said.

They called on Minister of Finance Tito Mboweni to urgently intervene by giving the public broadcaster a guarantee letter “so that it can mobilise funds that can save it from retrenching thousands of workers”.

The EFF said it was clear that the minister of communications, Nomvula Mokonyane, had done nothing “to fight for the SABC to be saved or given a letter of guarantee”.

The party called on the Independent Communications Authority of South African to change the Must Carry Regulations that permit MultiChoice to carry the public broadcaster’s free-to-air channels at no cost.

“The SABC could be making more than R400 million a year from MultiChoice for charging people on their platform to watch the … SABC channels.”