Police confirmed yesterday that 13 members of the unit, some armed, were arrested at Prasa House. 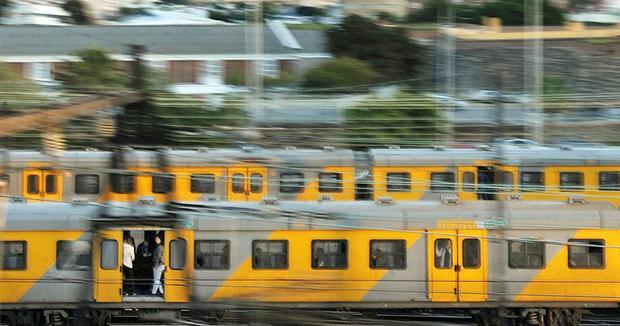 Members of the Passenger Rail Agency of South Africa’s (Prasa) protection services unit were arrested in an alleged bid to commit robbery at the agency’s headquarters in Hatfield, Pretoria, on Wednesday.

Police confirmed yesterday that 13 members of the unit, some armed, were arrested at Prasa House after tying up two security guards and allegedly demanding keys for the agency’s Toyota Quantum vehicles.

According to an internal source, two security staff were in the guardhouse when they heard hooting at the main gate at about 2am.

One guard went out and saw a VW Polo at the gate.

“He recognised the driver of the vehicle, as he works for Prasa. He opened the gate and, as the car drove in a gang stormed in, some scaling the perimeter wall.

“They tied the guards up, took their cellphones and demanded keys for the vehicles,” the source said.

The gang, whose faces were covered, then went into the building, but other guards in the vicinity had heard the commotion and called the police.

The Brooklyn police nabbed the gang inside the building.

“They claimed, in their police statements, they were conducting a check-up operation, as the guards had been sleeping on duty.

“But police took a statement from their boss, Francois van Eeden, who denied authorising any such operation.”

The source added that there were about 200 new vehicles on the premises at the time.

Police spokesperson Captain Colette Weilbach said that when police responded to the report of a business robbery at the Prasa headquarters, they found the protection unit staff on the premises.

They claimed to be checking up on the guards. Weilbach said the police left, but later on received another phone call.

“This time it was from security officers at the University of Pretoria saying there were suspicious activities at the Prasa premises. Brooklyn police called for back-up and returned.

“They found the same Prasa staff on the premises with guns and the guards tied up. They arrested 13 suspects.” Two firearms were confiscated.

“A female Prasa staffer was arrested in a getaway vehicle nearby. A toy gun that looks like an Uzi was found in the vehicle.”

The 14 suspects will appear in the Pretoria Magistrate’s Court today on charges of attempted business robbery.