Zuma’s former lawyer denied postponement over paying back the money

Both the DA and EFF want Jacob Zuma to repay his astronomical legal fees, while Michael Hulley is now also being targeted. 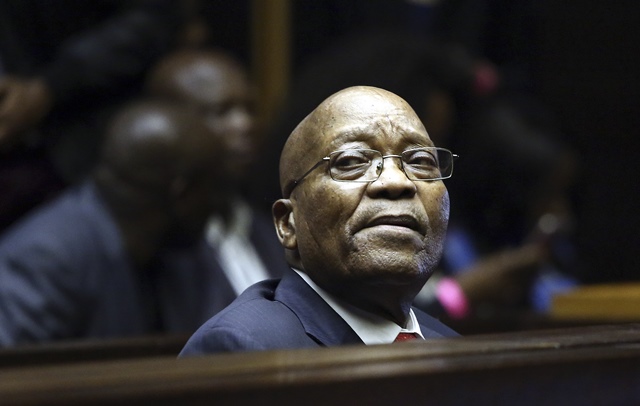 The taxpayer should not be made to foot the bill for former president Jacob Zuma’s defence against charges of corruption and money laundering and he should pay back the between R15 million and R32.2 million already spent on legal efforts to prevent his prosecution, the DA and EFF argued in the High Court in Pretoria on Tuesday.

The two political parties in separate applications asked the court for an order aimed at setting aside various government decisions to pay for Zuma’s astronomical legal fees since he was first charged with corruption in 2005 and to continue paying for his defence on 16 criminal charges reinstated against him in March this year.

Zuma’s criminal trial was postponed to the end of the month in the High Court in Pietermaritzburg pending the outcome of the battle about his legal fees.

Deputy Judge President Aubrey Ledwaba and Judges Pieter Meyer and Elizabeth Kubushi today refused Hulley’s informal application for a postponement so that he could file opposing papers, saying he had had more than enough time to file a formal postponement application.

Although the DA and EFF wanted the court to order Zuma directly to repay his personal legal costs to the National Treasury, Judge Meyer asked counsel if it might not be more appropriate to order the State Attorney to calculate what the former president owed them and to take steps to recover the amount.

Advocate Sean Rosenberg, for the DA, argued that all decisions of the presidency and other functionaries to cover Zuma’s legal costs (there were at least six since 2005) were unlawful and not authorised by the State Attorney’s Act.

This was because Zuma was acting in his personal and not official capacity when he allegedly committed the criminal offences (related to the arms deal when Zuma was the economic affairs MEC in KwaZulu-Natal) and allegedly personally benefited from attempts to thwart his prosecution.

He said Zuma had undertaken to pay back his legal fees if his various applications were not successful, but never honoured the undertakings when he lost; he should therefore be made to pay back the wasted legal fees.

Advocate Tembeka Ngcukaitobi, for the EFF, argued that Zuma was given preferential treatment because of his positions as MEC, deputy president and president and that no one else would have received such treatment.

He argued that the legal fees Zuma had undertaken to repay might be much higher than initially thought as there appeared to have been no proper and prudent financial management of the fees by the State Attorney.

Ngcukaitobi pointed that the charges against Zuma related to an alleged attempt to bribe him when he was MEC and he was accused of abusing his official position to benefit (his former financial adviser) Schabir Shaik.

Simply because Zuma was an MEC at the time did not mean he did everything in the course and scope of his employment. If Zuma acted in bad faith or recklessly, he should take personal responsibility for the costs, he added.