A 13-year-old girl reported that she was sexually assaulted on the school premises in October. The women from The Total Shutdown movement captured outside the Knysna Magistrate's Court on Monday 12 November. Photo: Nwabisa Pondoyi

He is charged with five counts of sexual assault and one for sexual grooming.

According to Knysna police spokesperson Captain Thulani Mondlana, a girl from the school reported on November 2 that she was sexually assaulted on the school premises during October.

“It is alleged that on Monday 22 October 2018, in the morning during school hours, the teacher sexually assaulted the learner. As a result, two more learners aged 11 and 12 came forward with similar allegations,” said Mondlana.

School principal Siyabulela Lokwe said he was not at liberty to talk to the media about the allegations, and that he neither denied nor confirmed the allegations.

The Total Shutdown, a movement formed to dismantle patriarchy and fight gender-based violence and femicide, had a group present during proceedings on Monday November 12.

The organiser, Candice Ludick, said: “We are relieved that he remains behind bars until his bail application hearing. We will do whatever it takes to ensure that justice is served in this case. We need the support of the Greater Knysna community in opposing his bail application.”

“Act now, we have one day to make a difference,” Ludick said.

The case was postponed to November 14 for a formal bail application. He is represented by lawyer Carl Jeppe. 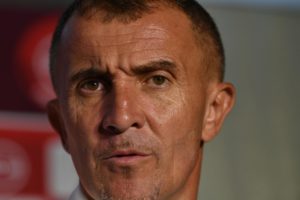