The suspects had allegedly been breaking into vehicles at schools and stole fuel from fuel stations. 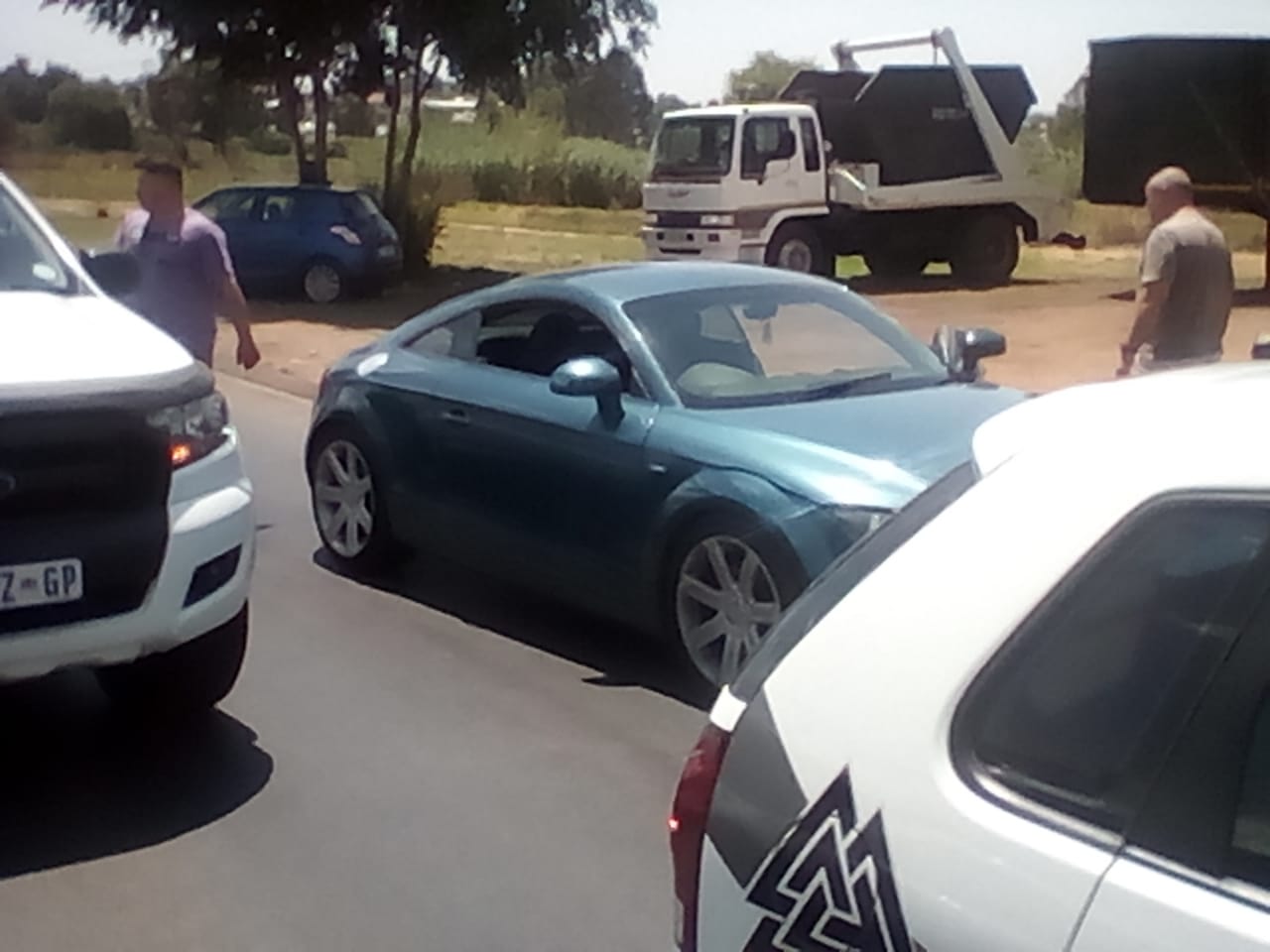 A photo from the scene.

The Roodepoort Record reports that two suspects in a blue-green Audi TT who were wanted for breaking into vehicles and stealing fuel at fuel stations were apprehended on Tuesday afternoon.

Residents had earlier been urged to be on the lookout for the vehicle.

A warning was circulated that two male suspects had not only broken into vehicles at schools and daycare centres in the area but also stole R800 worth of petrol at a fuel station in Witpoortjie on Monday.

According to one post, the police confirmed it was not the first time the occupants of the particular Audi had stolen petrol. The vehicle has no licence plate.

Details were still sketchy as to where the men were caught but it is believed it was in the Krugersdorp area. It is also alleged that they were apprehended after a member of the CPF spotted them and gave chase, but this could not be confirmed.