Seven people killed in head-on Limpopo collision on the N1

The department of transport worked overtime on Sunday to reopen the highway following the devastating accident. A sedan and a Volvo truck were badly burnt after a head-on collision on the N1 North just after the Kranskop toll gate in Limpopo earlier this morning, reports the Bosveld Review.

It was first reported that a taxi was involved. However, the vehicle could not be identified by the first responders. According to reports, three people were burnt inside the vehicle and seven people, including the driver of the sedan, were declared dead. 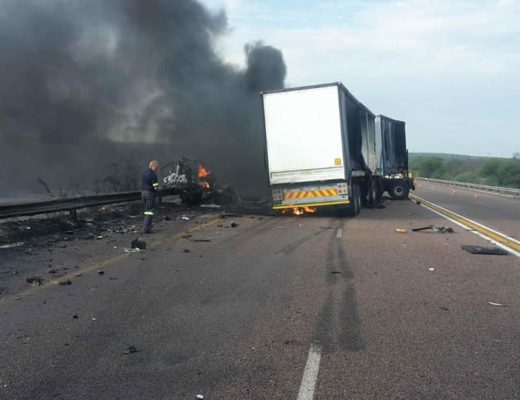 Reckless and negligent driving have been ruled as the cause of the accident.