A total of R30m was allegedly invested and withdrawn with the interest earned before the bank’s spectacular collapse, but there's no sign of the money.

The Dr JS Moroka Local Municipality in Mpumalanga is to institute a forensic probe into allegations of financial irregularities regarding millions of rands invested in the VBS Mutual Bank.

Independent sources in the municipality claimed it invested a total of R30 million, which was withdrawn before the bank’s spectacular collapse, between July and December last year.

But they said although the municipality made almost a million in interest, it has nothing to show for the invested millions or the interest earned.

Earlier this month, The Citizen reported that the municipality was allegedly unable to account for R10 million it invested in VBS Mutual Bank, as well as the R178 000 interest earned on the investment.

But the sources claimed this was not all that was invested by the municipality.

It emerged during a special council meeting last week that R20 million was invested in July last year and R7 million of it was withdrawn in October. The remaining R13 million was withdrawn in November, with the municipality receiving just over R13.5 million, including interest.

During the special sitting it was apparently decided to institute a forensic investigation to establish who made the investment, on whose instructions and what happened to the money.

A source said it was tabled as a confidential matter and councillors were reminded of the confidentiality clauses they signed. “This means they cannot reveal anything until the investigation is completed.”

The municipality did not respond to questions sent to it. 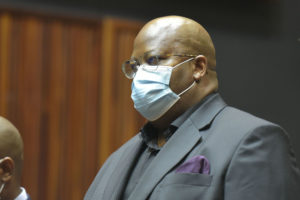