Maria Magana's daughter needs her own ID to write her matric exams next year, which is yet another hurdle in this identity fraud. 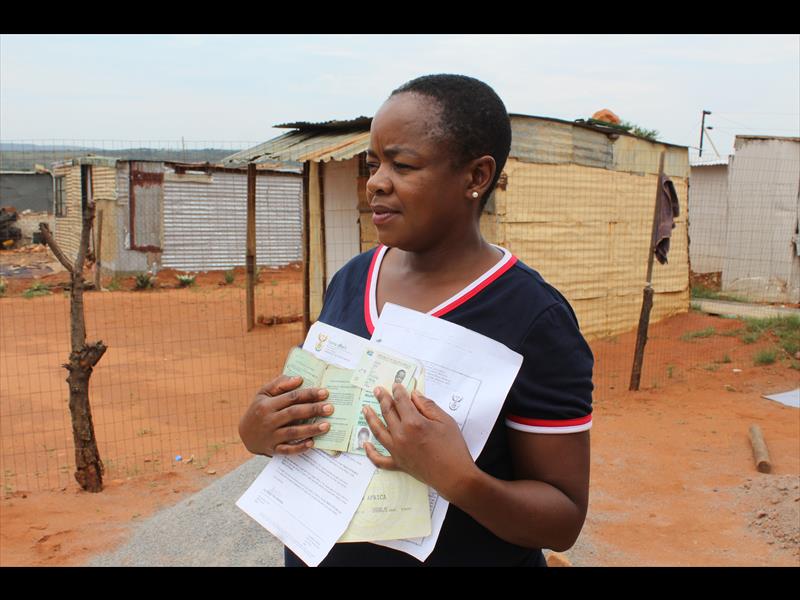 Maria Magana is living a nightmare, after it was discovered that she and another woman who lives in Belfast share an ID number.

She said she had been battling with the department of home affairs for a resolution to no avail.

Maria Magana said a few years ago she had applied for her son’s birth certificate and was immediately told it was ready for collection.

“I could not understand why it was ready for collection when I had just applied. But the certificate was was for a girl nine months older than my son.

“That was when I learned I shared an ID number with a woman in Belfast.

“I lost my ID in 1992 but did not think it was a big deal and simply applied for a copy. I suspect that is when my problem started.”

She said she traced the woman to Mpumalanga and was advised to lay a charge of fraud.

“The court ruled that only the department of home affairs can sort out my problem, but they had been taking me from pillar to post without any assistance.

“Though home affairs confirmed that the ID number matches my fingerprints, they have failed to fix my problem.”

She said she had finally received the birth certificate in 2006, accompanied by a letter stating that the stranger’s ID number had been changed so she could continue using hers.

However, it seemed that the duplication was never corrected on the system because when the woman died around March 2018, “I was told to no longer use the ID number”.

“The officials at home affairs are too lazy to do their job. We do not share the same name, only the same ID number, and they still cannot fix it.

“I recently lost my job and could not claim my UIF money. The disability grant was also cancelled.

“My life has become stuck without an ID number, and the department of home affairs are the only people who can assist me but they are lazy to do that.

“My daughter next year is going to Grade 12 and in order to write her final examination, they will need her ID but I am going to struggle to apply for one because according to the home affairs, I don’t exist at all.

“At the moment I am staying at an informal settlement and applied for RDP house in 1998 and I suspect that my house has been handed to someone else.

“My life is on hold and I can’t even put food on the table to feed my family. What if I die, how my family will they be able to bury me without an ID? Home affairs have made my life hell and I can’t do anything about it. I can’t even remember how many times I have been there.”