Foods dating as far back as 2006 on the shelves of a local supermarket were discovered. 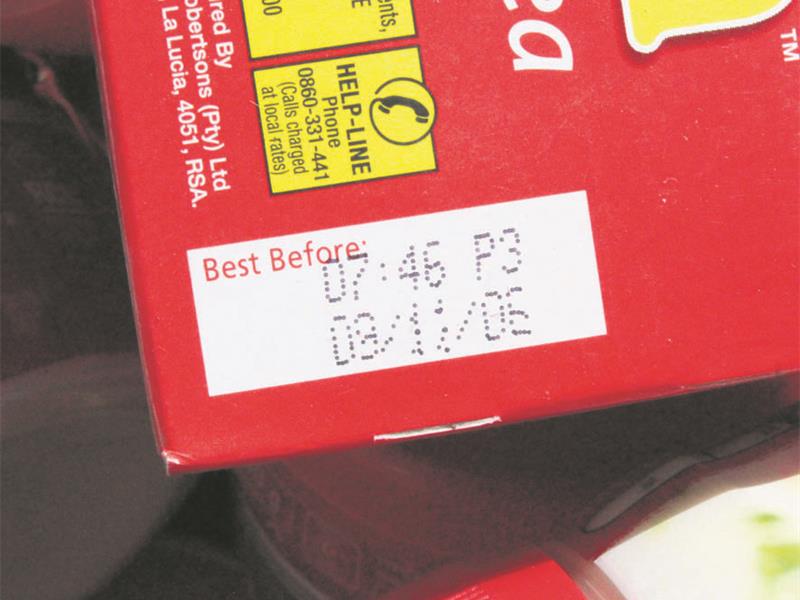 Environmental health practitioners from Zululand’s Health Services were again shocked to discover foods dating as far back as 2006 on the shelves of a local supermarket just ahead of Black Friday, reports Vryheid Herald.

Nontobeko Mahlobo and Zinhle Hadebe had to quickly attend to a consumer who contacted them claiming they had unknowingly bought expired food at Sophi’s Supermarket.

“We had to head out immediately, such cases are considered top priority in our field. When we got there, we were met by an awful sight when we saw a pile of goods with a sticker written ‘Expired, less price’. We could not believe that this store was selling expired foods to the public,” said Mahlobo. 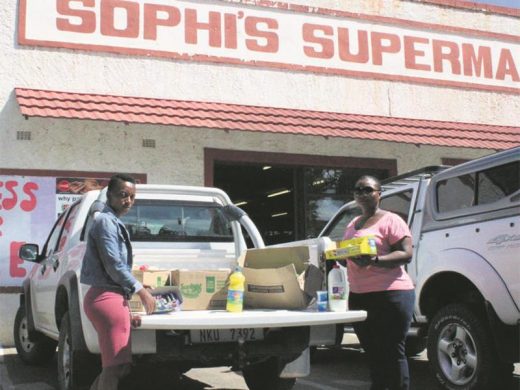 Zinhle Hadebe and Nontobeko Mahlobo with the food items they hauled from Sophi’s.

Mahlobo claimed that when this was pointed out, the staff members responded by saying that the people knew that the food was expired.

When she further enquired as to the possibility of people not being able to read, she said the store owner said there was no such thing, and proceeded to ask customers passing by whether or not they could read.

As if on cue, staff members are said to have started ‘clearing’ up these goods as soon as the practitioners enquired about them.

“We told them who we are and that we had received a complaint. They started taking foods away and stashing them behind the counter,” said Mahlobo.

This act, however, was not going to deter the health workers from doing their jobs as they then requested to go through the items in the shop to see if there were any other items that had gone past their expiry date.

“We started going through the aisles and honestly, what we found really saddened me. There were foods dating as far back as 2006. There were even russians, milk, and cream that had gone past their expiry dates,” said Mahlobo. 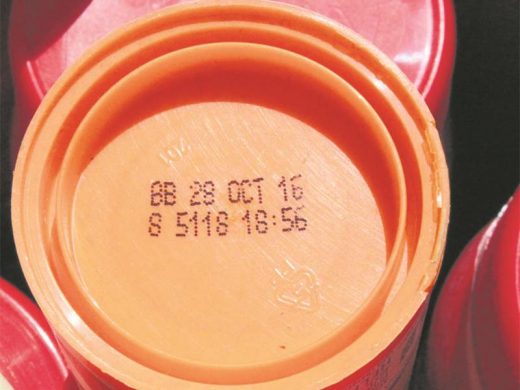 Another food item that expired in 2016.

Things got heated once the practitioners requested to take the items they had hauled away with them to be destroyed and disposed of safely.

“They refused to let us leave the premises with the items, this despite the fact that we had explained that now that we were involved in the matter, we had a duty to not leave the items in the store,” said Mahlobo.

The police had to be contacted to escort the two health-workers back into the shop in order for them to do their jobs.

The store owner, Wesley Domin, was adamant that he did not want them to leave the store with the items, as he would dispose of them himself.

Eventually, they were able to convince Domin that the items would indeed be discarded, but he still went with them to the licensing department where a refuse truck was called and all the items were loaded in the back to be mixed up with other rubbish, before being taken to the dump site.

The day’s events were also witnessed by the department of environmental affairs CEO Sindiswa Duma, who was on a town visit for the day. 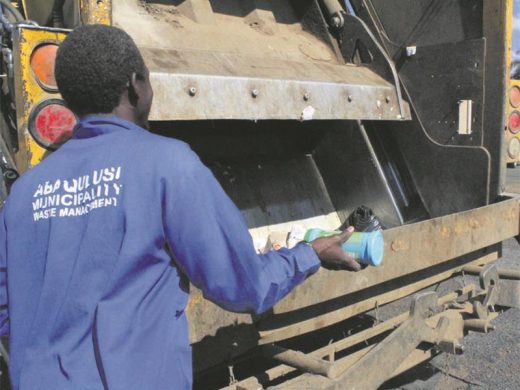 A municipal worker helps load the goods onto the refuse truck.

Duma said that such occurrences were always sad to witness, and that she could not stress enough for consumers to always check the expiry dates on food items.

“This is especially sad because a lot of people will be coming into town looking for Black Friday specials tomorrow. Some won’t even stop to take notice that these items with ‘lower prices’ may actually be expired. Consumers should really check the dates on the food before purchasing it,” she said.

On the matter, Domin said he would like to apologise to his customers for the poor stock control.

He would also like to apologise for having been harsh on the health practitioners, adding that he realised they were just doing their jobs. He said the situation had been rectified and refused to give further comment.