Bosasa spent between R4m and R6m on bribes a month, Agrizzi claims

The COO among other things admitted today to having taken bags full of cash to officials at the airport. The former chief operating officer of the controversial facilities management company Bosasa company Angelo Agrizzi told the commission the company spent between R4 million and R6 million monthly on bribing various persons in positions of authority in certain entities who were “useful and supportive of the organisation”.

Agrizzi’s evidence dealt with payments to various officials in various entities and the awarding of contracts to Bosasa under dubious circumstances.

In relation to Bosasa’s income, the millions the company spent on “bribes” was “a drop in the ocean”, Agrizzi said.

“It wasn’t big proportions, it didn’t stick out,” he testified at the commission on Wednesday.

The lowest amount of money Bosasa paid to a recipient of a bribe was an estimated R5,000, with the highest being more than R1 million a month, Agrizzi told the commission.

Agrizzi said the “useful and supportive” individuals who received bribes and gifts were persons that could ensure Bosasa could secure tender contracts with the entities for which they worked.

One such individual was a senior official within the union CEPPAWU, Simon Mofokeng, whom Agrizzi alleged had “cold meats and cold drinks” paid for on a monthly basis by Bosasa so that the company could secure a tender with Sasol.

According to Agrizzi, Bosasa wrote off the gifts to Mofokeng, which averaged R15,000 monthly, as marketing costs.

Agrizzi testified that a meeting was held with Mofokeng so he could influence that Bosasa secured the Sasol tender.

The company held the Sasol contract from 1999 to 2002 when it was sold off to Equality Foods, Agrizzi said, adding that after the sale of the contract he was notified by a former colleague that Mofokeng still wanted to get the undue benefits which he received when the contract was held by Bosasa.

In June 2002, Bosasa was awarded a tender by the South African Post Office (Sapo) to guard its offices for a three-year term, which was later extended for two years.

Agrizzi said he was told by the CEO of Bosasa, Gavin Watson, months before the contract was awarded that the company already had it in the bag.

The head of security at Sapo at the time, Siviwe Mapisa – who had shares in a company owned by Bosasa CEO Gavin Watson’s brother Valence –  and the then chief executive, Maanda Manyatsi, were being paid by Watson, Agrizzi said.

He alleged that during a trip to Dubai to attend an expo on security technology, he and others he was travelling with purchased “premium gifts” for Mapisa and Manyatsi.

Mapisa would also receive meat hunted from a game farm located in the Eastern Cape owned by another Watson brother, Ronnie.

However, Agrizzi told the commission he could not prove nor assume that the contract was awarded because these officials had been “looked after” – paid – by Watson.

The Special Investigating Unit (SIU) conducted a full investigation into Bosasa’s contract awarded to it by the department of correctional services, which was forwarded to the National Prosecuting Authority.

In 2001, Bosasa was awarded a contract by the Airports Company of South Africa (ACSA) to guard a multi-storey car park at OR Tambo International Airport. In 2009 or 2010, the tender was reawarded to Bosasa.

Again, Watson told Agrizzi Bosasa would secure the tender and that he, Watson, knew certain individuals within ACSA.

Agrizzi testified that he made regular “coincidental and business” visits to the airport to deliver grey security bags filled with money to certain officials.

He said he knew there was money in these bags because he had also been given a similar package before, adding it later became his responsibility to arrange these monthly payments on behalf of Bosasa and keep a record of them, which he said he did on loose pieces of paper and later “small little black books”, with some submitted as evidence at the commission.

The money used for paying the “bribes” was kept in “Gavin’s safe”, which only Watson had access to. 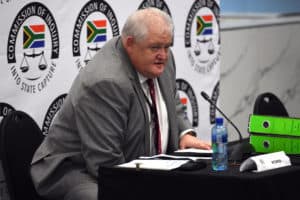 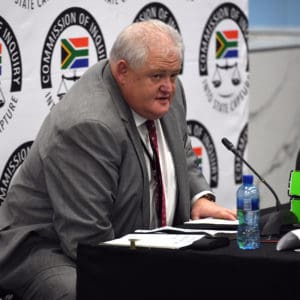 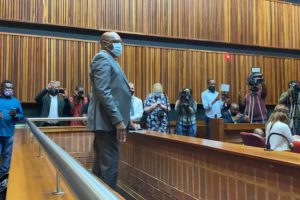 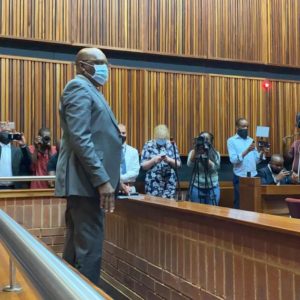