The presentation of the 2019 budget will certainly be a challenging maiden speech for Finance Minister Tito Mboweni, given the backdrop of heavily indebted state-owned enterprises (SOEs), a sluggish economy and high unemployment. 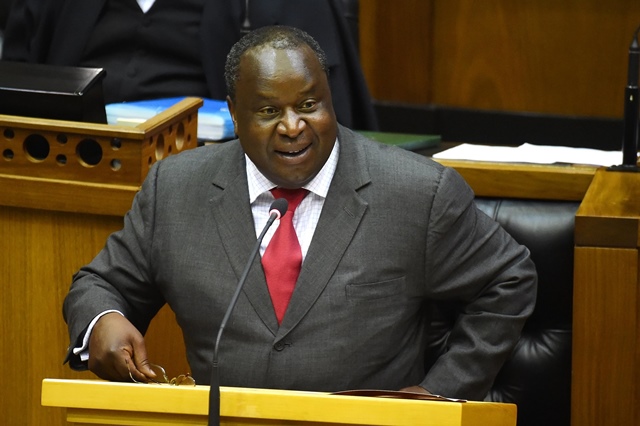 Saved by the polls, over-taxed South Africans are set to escape tax hikes in Wednesday’s budget speech but analysts believe the reprieve will be short-lived, with the sting of the fiscus deficit expected to come in the medium-term budget policy statement after the elections.

The presentation of the 2019 budget will certainly be a challenging maiden speech for Finance Minister Tito Mboweni, given the backdrop of heavily indebted state-owned enterprises (SOEs), a sluggish economy and high unemployment.

Eskom alone needs R100 bion and Mboweni is expected to outline how President Cyril Ramaphosa’s drastic measures to pull the power utility out of the doldrums will be bankrolled.

Economist Chris Hart believes it is unlikely Mboweni will increase taxes and levies because of the negative impact on the ANC government’s election campaign.

He said: “The tax base is exhausted and you do not increase taxes of the already overtaxed electorate in an election year…”

Hart said Mboweni was likely to announce increased taxes in the medium-term budget policy statement but that this will be done through levies and increased tolls.

Senior economist of Econometrix Mike Schussler said government could borrow from the international market or change the prescribed assets for pension funds – a back door.

We are probably going to see the government encouraging changing rules and regulations of pension funds so they invest more of our savings into Eskom and government bonds,” he said.

Schussler said government could look at trimming its salary bill but this may be problematic as civil servants expect a pay hike.

Professor Rasigan Maharaj, director of Tshwane University of Technology’s Institute for Economic Research, said SOEs had the money they needed, but it was in the pockets of looters and must be recovered.

“The failure of Eskom is because it is corporatised, almost privatised. It is not because it is a state-owned enterprise working on the people of SA’s mandate.

“It is working in the interest of people that give it money and who steal the money from it,” he said.