Services outsourced to Bosasa must immediately be insourced – Nehawu

Bosasa has contracts with the departments of correctional services, social development, home affairs, and transport. 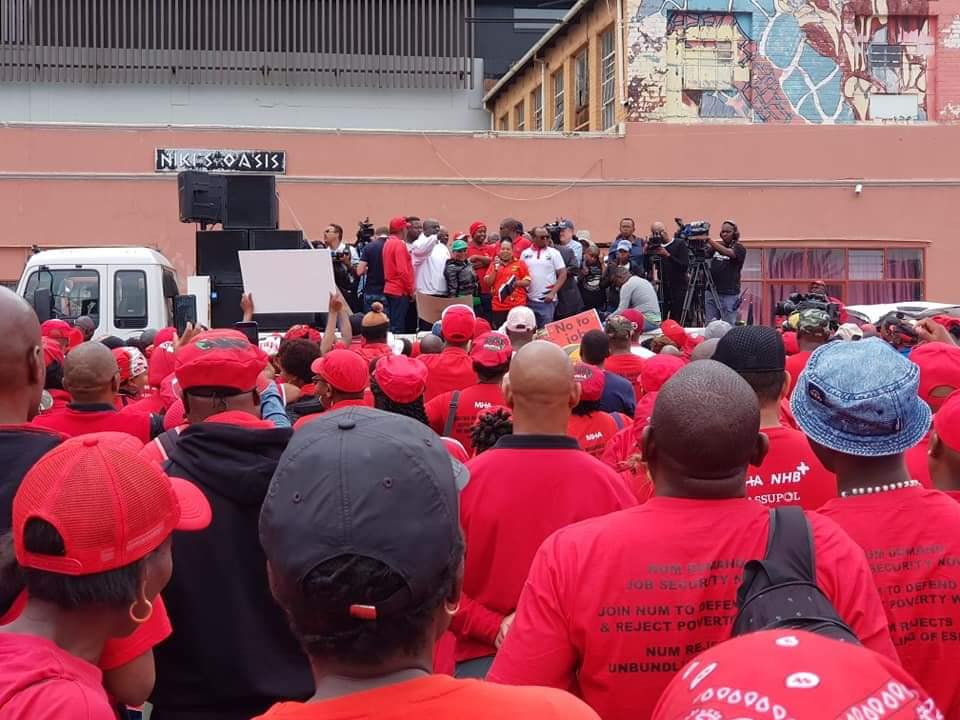 Nehawu’s spokesperson Khaya Xaba said the union was demanding that these services be insourced as the Child Protection Act places the responsibility on these outsourced services with the Department of Social Development as the primary custodian of such services.

“It is therefore prudent to note that the service should not have been outsourced in the first place, as government has the sole responsibility for provision of the services,” Xaba said in a statement.

“The Child Justice Act also provides for the process on how children and youth who are awaiting trial and sentenced should be diverted as they are prepared to stand trial or are rehabilitated.”

He said the two acts placed responsibility on the departments as the primary custodians and instructed on how the youth care centers should be run.

“Our members who are employed by Bosasa are mainly Social Service professionals, i.e qualified social workers and child and youth care workers.

“The Department of Social Development also faces challenges on the professionalization of child and youth care workers who must firstly comply with the registration of the South African Council for Social Service Professions and qualify for Recognition of Prior Learning (RPL).

“We are of the view that the same grace that was given to Child and Youth Care Workers 3-4 years ago must also be given to unqualified professionals coming from Bosasa who must also be given two years to acquire their qualification either at their own cost or at the cost of the department.

“There is already an indication in terms of cost, that the department will save costs when absorbing the employees and the service as compared to outsourcing. It is also our position that outsourcing was only done for the purpose of looting of state resources.

“We are lastly, of the view that there are no additional costs to be incurred by the department, because when they cancel all contracts, they can utilise all that budget for the purpose of paying for the salaries and other benefits due to our members,” the statement concluded.

African Global Operations – better known by its previous name Bosasa – still has contracts with some government departments, including the departments of correctional services, social development, home affairs, and transport.

Bosasa announced on Monday that its group of companies were filing for voluntary liquidation after two major South African banks, FNB and Absa, said they would be closing their accounts due to reputational risks.

The department of correctional services (DCS) subsequently said that Bosasa’s application for voluntary liquidation had necessitated it to embark on a continuity plan to ensure uninterrupted provision of nutrition at correctional centres.

Bosasa is currently holding a multimillion-rand contract to supply catering services at more than 20 South African prisons. About 4,500 workers are set to lose their jobs when the company is liquidated.

Bosasa was strongly implicated in corruption during the Zondo commission of inquiry into allegations of state capture, with its former chief operations officer Angelo Agrizzi and other employees testifying about its payment of bribes to senior government officials to win tenders.

Angelo Agrizzi's corruption case postponed, state to go through his medical records
21 hours ago
21 hours ago

Angelo Agrizzi's corruption case postponed, state to go through his medical records
21 hours ago
21 hours ago