Renewable energy benefits are many, and is here to stay – Radebe

It is true that coal jobs are at risk in South Africa, but this is not as a result of the REIPPP programme. 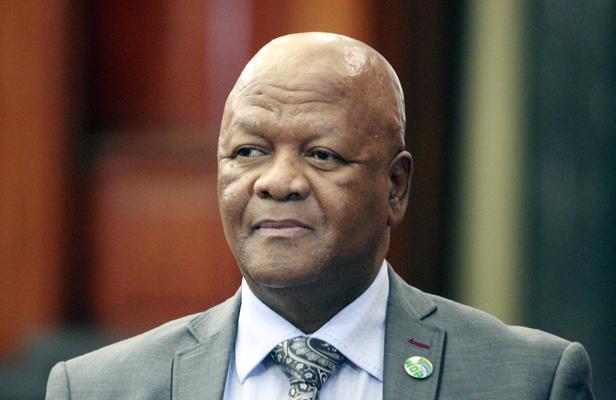 The assertion that Eskom incurs losses as a result of the Independent Power Producer (IPP) programme is without foundation, misleading, and false, Energy Minister Jeff Radebe said on Sunday.

“Since 2013, Eskom has not incurred a cent in buying electricity from the Independent Power Producers which they have not been able to recover through the tariff allowance. This treatment of REIPPP [Renewable Energy Independent Power Producer Programme] cost applies to Cahora Bassa as well, and this is long established practice,” he said in a statement at a media briefing in Pretoria.

“A peek at the financial statements of Eskom reflects that after deduction of the cost of electricity bought from the IPPs, the EBITDA margin is positive, in other words the earnings (income) before interest payment, taxes, the provision for depreciation and the amortisation of assets,” he said.

After the first renewable energy projects came on-stream in 2013, Eskom presented an EBITDA number of R26 billion, nearly twice the earnings of the previous year. This pointed to one thing – Eskom’s financial problems were mostly related to the cost increases, including the increased interest during construction, associated with the delay of the new-build projects, Medupi, Kusile, and Ingula, Radebe said..

“I want to emphasise – the cost of buying from the IPPs is included as an expenditure before the calculation of the EBITDA number, in other words after all operational costs have been paid, including the electricity from the IPPs, but before the payment of interest. Eskom is not borrowing money for buying the electricity generated by IPPs or for funding the construction of the IPPs.

“Similarly, up to 2018 Eskom has presented annual positive EBITDA margins. It is therefore clear that the financial losses of Eskom cannot be attributable to the introduction of the renewable energy programme,” he said.

“It is true that coal jobs are at risk in South Africa, but this is not as a result of the REIPPP programme. Eskom has as early as in the IRP 2010 [Integrated Resources Plan] reported that it will be decommissioning some of the older coal-fired power stations which are reaching the end of their commercial and operational life. According to Eskom, by 2030, 13,000 MW of coal-fired capacity is scheduled for decommissioning.”

The REIPPP had made significant impacts on the economy, job creation, community upliftment, economic transformation, and climate change.

Among other things, in a short eight-year period, it had attracted R209.4 billion in committed private sector investment, resulting in much needed alleviation of fiscal pressure. South African entities such as Old Mutual, Red Cap, Phakwe, Pele Green, and many others, including the Central Energy Fund and the PIC, accounted for the majority of investment into the REIPPP.

Renewable IPPs had already created 38,701 job years for youth, women and citizens from the surrounding communities. This meant 38,701 people had had a full time job for one year. The reason for such a strange measurement was that during construction jobs would ramp up and down. Job years gave a measurement in which one could fairly compare outcomes, Radebe said.

Local communities had already benefited from over R1 billion spent by IPPs on education such as upskilling of teachers, extra teachers and classrooms, and 600 bursaries to students from disadvantaged communities, the provision of health facilities and medical staff, social welfare such as feeding schemes, support to old age homes and early childhood development, and support to and establishment of more than a 1000 small enterprises.

“Black South African companies such as Thebe, Kagiso/Tiso, Royal Bafokeng, H1, Halusani, Reatile, Phakwe and others own, on average, 33 percent of the projects that have reached financial close. Broad-based black participation is also secured across the value chain through community participation, including in engineering, procurement, construction, operations, and maintenance contractors where black ownership amounts to 21 percent.

“Local community ownership is structured through the establishment of community trusts. Qualifying communities will receive R27.1 billion net income, ie dividends, from their shareholding over the 20-year life of these committed projects,” Radebe said.

Cele to unrest inquiry: I don't recall seeing top cop Sitole in the 'right places'
1 hour ago
1 hour ago

Cele to unrest inquiry: I don't recall seeing top cop Sitole in the 'right places'
1 hour ago
1 hour ago