The EFF's bid to rename the airport will be debated at 2pm today. 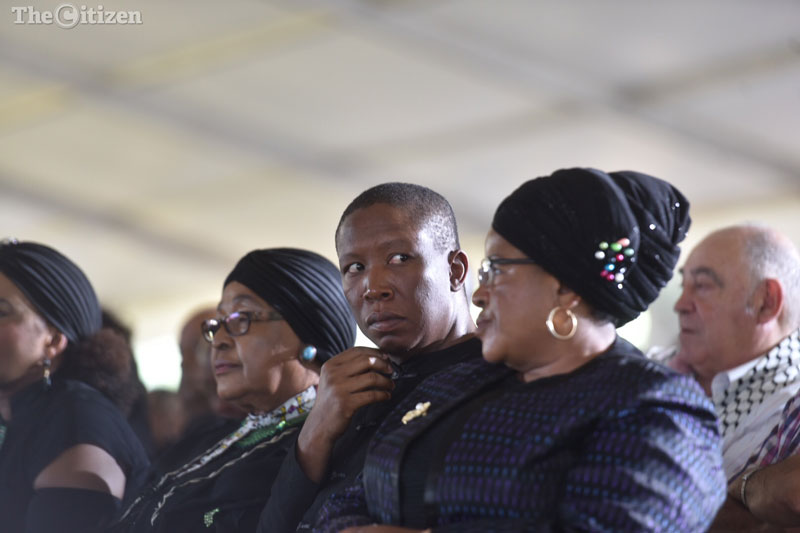 The motion will be debated and voted on at 2pm on Tuesday in Parliament.

In the statement, the party says that there are “very few spaces and areas that are named after female freedom fighters in South Africa.”

The party notes that April will mark a year since the struggle icon’s death, and says that “the greatest honour to give Mama Winnie Madikizela-Mandela will be to rename the Cape Town International Airport after the struggle icon, in order to ensure that memories of her gallant war against apartheid are not deleted”.

EFF Will Table A Parliament Parmotion For The Renaming of Cape Town Airport To Winnie Mandela International Airport. #WinnieMandelaInternationalAirport pic.twitter.com/1iUV9UamZ6

Malema took to Twitter to confirm that the motion will take place.

“We will defend her even in her grave because we had done it before when it was not fashionable to do so,” said the EFF leader of Madikizela-Mandela.

Today in Parliament 14hrs we are tabling a motion to rename Cape Town International Airport into Winnie Mandela International Airport. We will defend her even in her grave because we had done it before when it was not fashionable to do so. #ChooseWinnieMandela #ChooseDay #VoteEFF pic.twitter.com/FwXREfoXzl

Malema first mentioned the idea of renaming the airport after the late struggle icon at her memorial service. It immediately struck a chord among many people on social media, who felt it would be a suitable honour for the woman dubbed “the mother of the nation”.

The symbolic value of naming the airport after a female struggle icon was also mentioned.

The EFF lobbied for the name change last year in June and July after Airports Company of South Africa (Acsa) announced that the airport would be renamed, calling for the public to submit proposals regarding what the new name should be.

Minister of Transport Blade Nzimande confirmed at the time that proposals had been received to rename the airport after Madikizela-Mandela, but that others to rename it after Nelson Mandela, Albertina Sisulu, and Robert Sobukwe had also been received.

Business Tech reports that president of the Cape Chamber of Commerce, Janine Myburgh, opposes the Madikizela-Mandela name change on the grounds that Cape Town airport needs a name that is recognised globally.