Mkhatshwa is an energetic gender activist driven by the plight of the country’s youth and women. 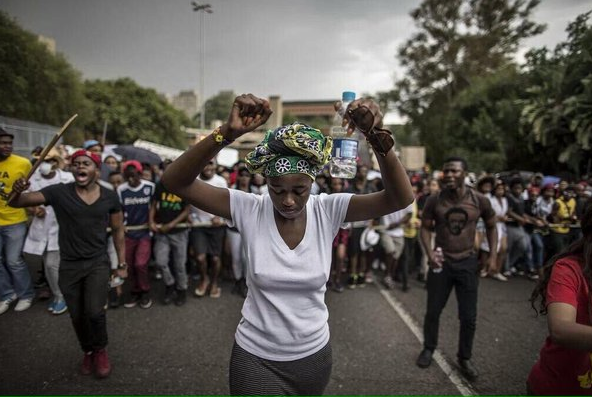 Former Wits SRC president and Fees Must Fall leader Nompendulo Mkhatshwa is one of the 20% youth on the ANC's candidates lists for the election. Picture: Marco Longari

She oozes energy, she is articulate and she is full of ideas on how to take the country and its people forward. Calling the newly appointed ANC MP and former student activist Nompendulo Mkhatshwa dynamite in a small package is no exaggeration.

She represents the future of the ANC in all respects – a young woman and a gender activist who is driven by the plight of the youth and women. During our interview on the steps of parliament, she stood a few centimetres taller than me. Her stature is intimidating but her African queen beauty and smile assure you that you are safe in her presence.

The politician is among a host of young people who have been deployed by various political parties to parliament and the National Council of Provinces, hopefully to invigorate debates on the floor of the National Assembly.

Mkhatshwa pledged to channel her energy and sharp knowledge to do well for South Africa – and said she would use parliament to pursue her passion to fight for the causes of young people and women.

However, while feeling strongly that a lot more needed to be done for the youth, she was conscious of the fact that she was no longer a student activist but was now part of legislature and governance, a restrictive space with a lot of red tape. The very low representation of young people at different levels bothered her and she conceded that her party, the ANC, since 1994 chose middle aged and elderly people as parliamentarians.

The government’s idea of making history a compulsory subject at school was commendable, she said, as was the need to address the lack of social pride among the people.

“Knowing where we come from and who we are would enable us to understand that we have a democracy to protect and support. As we make [history] compulsory, we need to be very critical and intentional as to what kind of curriculum we present,” she said.

“I want young people to have access to education, regardless of where they come from. They must have access to good education and they must succeed in the education space. That speaks to both basic and higher education,” Mkhatshwa said.

She praised all efforts by the previous administration to fight gender-based violence. “We must call out this type of behaviour, we must call out patriarchal and chauvinist nature of society and address it. We must have a conversation to say we can’t have society where women are marginalised.

“Those are some of the things I am passionate about as a young woman going into parliament,” she said. However, she defended the ANC’s record of women’s empowerment, saying it was leading the pack with the greatest number of women representation as it entered the sixth administration. “We are doing okay but as an activist, I will always advocate for us to do better,” she said.

When asked about whether she might want to be the future ANC Women’s League president, she replied: “We are told that we must always be available.”

As former #FeesMustFall activist at Wits University, Mkhatshwa pledged to continue advising and supporting students fighting for truly free and improved higher education. But she wanted to give space to the new leaders to take the process forward and shape it. 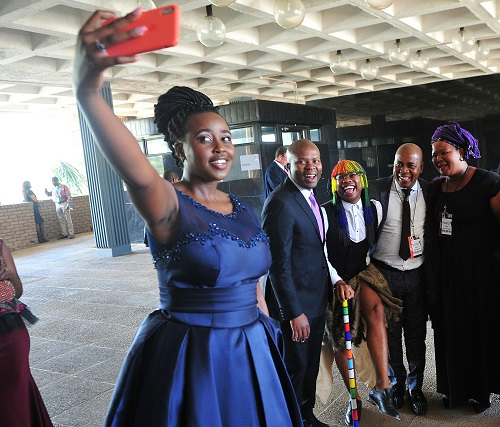 “We graduated and left these institutions, let others do their part,” she said. She is a Leo, born on August 20, 1993, and a daughter of a woman she calls “very amazing” – a woman who was active in grassroots politics at branch level.

“I grew up in a space where you lead and you serve,” she said.

Mkhatshwa graduated with a BSc in geography in 2015, the same year that she began her term as president of the Wits student representative council.

She has two younger sisters. She emphasised that, contrary to popular belief, she had never worked at ANC headquarters at Luthuli House, but for the ANC Gauteng research unit. But she stressed: “When we were active at university, we were ANC members.”

Presently, she sits on the board of the Matthew Goniwe School of Governance as nonexecutive director and the presidential general review committee on women empowerment and gender equality. In 2017 she lived for a year in Ivory Coast, which fulfilled her passion for Africa.

She was quick to dismiss suggestions she worked for the South African embassy in that country, saying it was merely a short visit which had to do with her studies.

“I really love my country and I love Africa. I really wish to see an Africa where Africans feel they belong and lead. “I really wish that we as young people and black bodies would unite across our political affiliations, different faiths, classes and races and fully fulfil the role of being active citizens,” Mkhatshwa said.

“I put my country first. This is the only country I have. I don’t have another ID so I have to defend and protect this country.”

She used to play netball, but spent all her youth being an activist and enjoyed staying at home with family. Her favourite meal is ujeqe (steam bread) with spinach, pumpkin and stew of umleqwa (chicken), or oxtail.

There was nothing wrong with the hostage situation, insists military veteran
5 hours ago
5 hours ago
PREMIUM!

There was nothing wrong with the hostage situation, insists military veteran
5 hours ago
5 hours ago
PREMIUM!