Greg Nott: The lawyer who has Caster Semenya’s back

With Athletics South Africa crumbling in 2009 and Semenya standing alone against the IAAF, Nott decided to offer her some pro bono assistance. Caster Semenya’s lawyer Greg Nott, right, says his relationship with the South African middle-distance runner Semenya goes back more than a decade to when she was first suspended from competing against women. Picture: EPA-EFE EPA-EFE/LAURENT GILLIERON

When Greg Nott left high school he wasn’t sure whether he wanted to be a journalist or a lawyer, so he chose to combine his interests by practising media law, but he could never have guessed where his career would take him.

Looking back, his curriculum vitae reads more like the biography of an international espionage agent than that of a legal expert, with his inherent sense of adventure and a will to help those in need ultimately taking him to Northern Ireland to investigate arms trades, to the Gaza Strip to negotiate the release of prisoners, and to an unnamed foreign country where he was tasked with hiding incriminating evidence to be used against the controversial Gupta family.

A former vice-president of the National Association of Democratic Lawyers, which represented ANC members who were in exile before the country’s first democratic elections, Nott also played a role in standing up against the former South African government by representing apartheid activists in the ’80s.

“That grew my social conscience and it gave me an innate sense of fairness, justice and human rights,” says the father of three, who was born and raised in Durban.

For all his efforts and escapades, however, it has been his commitment to the defence of middle-distance sensation Caster Semenya that has made Nott something of a public figure. 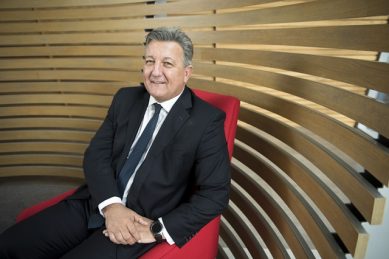 Greg Nott , lawyer for Caster Semenya, poses for a photograph at his offices in Sandton, 6 June 2019. Picture: Michel Bega

And while the controversy around Semenya’s gender only recently landed up in court, Nott’s relationship with her goes back more than a decade to when she was first suspended from competing against women.

“I was watching the 2009 IAAF World Championships with my youngest [of three sons] and we were screaming for Caster,” recalls Nott, who previously assisted Oscar Pistorius in his successful appeal to compete against able-bodied athletes in 2008.

“The next day it emerged that there was an issue around her gender and she was suspended.

“I remember walking my dog at Delta Park and I called my friend, Brian Currin, and I said to him ‘Brian, this is bullsh*t’.”

At the time, 18-year-old Semenya had no legal or financial assistance, and with Athletics South Africa (ASA) crumbling, Nott decided to offer some pro bono assistance.

“ASA was in disarray and let her down, and government wasn’t really to be seen. She was alone,” Nott says.

As a partner in an emerging firm, which was part of a global brand that had New York-based representatives who specialised in sports law, he believed they had enough weight to take on the International Association of Athletics Federations (IAAF).

So, together with high performance centre chief executive Toby Sutcliffe at the University of Pretoria, they stood behind her and negotiated her return to the track with the IAAF.

Semenya was believed to have abided by IAAF rules at the time, taking medication to reduce her natural testosterone levels, though the details of her 11-month absence from the sport are confidential on medical grounds.

Nott reveals that international athletics officials continued to pester her until the IAAF recently released controversial new rules which sidelined Semenya from the track once again.

“The IAAF never really left her alone,” Nott says. “They sent her letters which I would have to bat off. They would fly here from Switzerland to talk to us about rule infringements.

“Caster has lived with this for 10 years.”

Having since become one of the most accomplished track athletes South Africa has ever produced, winning three world titles and two Olympic gold medals over the 800m distance, Semenya’s latest battle against global athletics authorities has been far more explosive.

Attracting interest from around the world, her landmark case has been well publicised in recent months, and Nott believes she will keep fighting in order to set a precedent for other athletes with differences of sexual development (DSD).

“The thing I really like about Caster is her ability to stand up in the face of adversity,” Nott says. “When she was 19, she had tremendous character, integrity, strength and will. Even at that age it came through boldly, and today she remains the same person.

“Caster has a 50-year-old head on a 28-year-old body. She’s a strategist and she’s completely focused.”

Considering the magnitude of the ongoing case, which is under appeal at the Swiss Supreme Court, Nott was relieved to have been able to rope in some assistance.

Aside from international firm Norton Rose Fulbright, with Nott being assisted by Patrick Bracher and Sandra Sithole, they had tackled the case with the backing of a Swiss legal team, as well as the Canadian legal team who had represented Indian sprinter Dutee Chand in her successful fight against IAAF gender regulations in 2015.

And as long as Semenya continues to receive the support she’s getting from her loved ones, including her wife, Violet Raseboya, as well as her fans, Nott is confident she will never give up her fight to be allowed to compete against women.

“She’s got a lovely partner in Violet, who has been crucial. They make a good combination and they feed off each other,” Nott says.