Pretorius has become widely recognised among the world’s best since making her international debut for the Proteas in 2011. 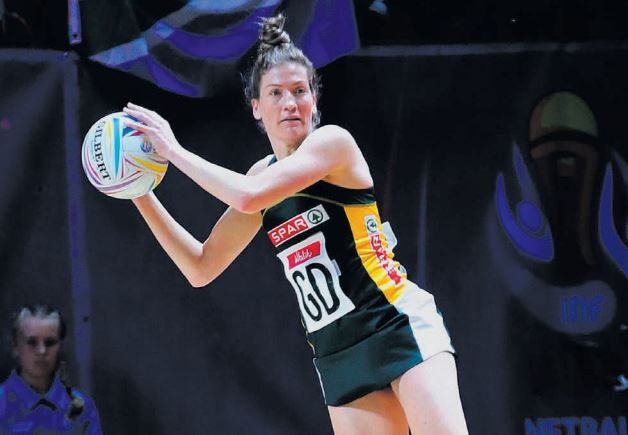 Karla Pretorius, seen here during their World Cup match against Fiji, has been one of the pioneers of netball in South Africa. Picture: Gallo Images

A pioneer of the sport, Karla Pretorius has been a central figure in the recent rise of South African netball, and having seen the code transform through the span of her career, the contribution she has made at the Netball World Cup in the United Kingdom this week has been fitting.

One of the country’s first fully professional players, Pretorius has become widely recognised among the world’s best since making her international debut for the Proteas in 2011.

One of the senior members of the SA squad, the 29-year-old defender has played a key role in Liverpool and she was named Player-of-the-Match after the Proteas secured a rare victory over giants Jamaica in the group stages, which paved the way for the national side to book their place in the medal playoffs at the World Cup for the first time in 24 years.

This afternoon they face world No 1 Australia in the semifinals. England and New Zealand face each other in the other final four clash.

“It’s been a memorable tournament,” Pretorius said yesterday, on the sidelines of the global showpiece where she was making her second appearance at the quadrennial tournament.

“Getting that win over Jamaica was huge for us, and breaking into the top four was always an aim.” 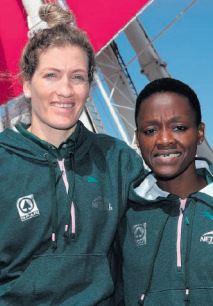 After hopping around the country in her youth, Pretorius has spread her wings in recent years, and while domestic netball remains predominantly amateur, she has played a lead role in proving that local players can take up the sport as a career.

Born in East London, Pretorius (nee Mostert) was raised in Centurion and attended Hoërskool Zwartkop. After leaving school, she studied at the University of the Free State, becoming a qualified dietician.

And while she turned out for the national under-21 team, it was as a student at Kovsies where her netball career truly flourished.

Known for her ability to read the game and her spectacular intercepts, the sport is also in her blood, and Pretorius’ younger sister, Tanya Mostert, represented the national team at the Fast 5 World Series in Melbourne in 2016.

Proving she had the work ethic to succeed, along with the natural talent, the 1.81-metre player made a breakthrough in 2014 when she was named Player of the Tournament in the Varsity Netball Series.

Taking another step forward in 2016, she signed with English club Bath and turned out in the Netball Superleague, and while she wasn’t in the UK for long, she made enough of an impression to secure a deal with Australian professional outfit Sunshine Coast Lightning.

Penning a deal with the Queensland-based team, she made history as the first South African player to compete in the Super Netball league in Australia.

Pretorius made an immediate impact in what is considered the toughest netball league in the world, and in 2017 she received the Most Valuable Player award after playing a crucial role in the series final as Lightning lifted the top-flight title.

Her progress on the league circuit, meanwhile, has coincided with the gradual improvement made by the Proteas since head coach Norma Plummer took control of the side in 2015.

With the sport taking off at home, Pretorius hopes to continue playing a lead role for her league team, as well as the national squad, and she is as eager to hit the court now as she was when she first picked up a netball at the age of eight.

Rock solid on defence, she believes she still has a lot to offer the sport.

“I want to be a force to be reckoned with,” Pretorius says, “and I want to be consistent in my performances for my respective teams.”

South Africa have done so well already at the World Cup. A medal would be a massive achievement.

Let’s hope she, and SA, continue to be a force to be reckoned with over the next two days.