Siya Kolisi – Carrying the hopes of a nation

'It would be huge to show our country that no matter where we come from, if we can bind to one plan, we can achieve our goals.' 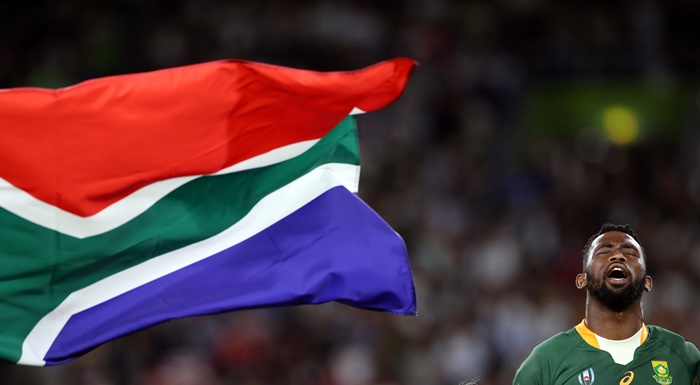 South African rugby captain Siya Kolisi did not have a television at home the last time the Springboks played in the Rugby World Cup final but, 12 years on, leads his team out in today’s decider against England in a remarkable rags-to-riches story.

From growing up in a poverty-stricken township to the Yokohama International Stadium caps a remarkable journey for Kolisi, the first black man to captain the Springboks and now increasingly a new symbol for South African unity.

“For a young kid from Zwide township in Port Elizabeth to rise above circumstances and become Springbok captain and lead the way‚ he has just been inspirational to South Africans from all walks of life‚” team-mate Tendai Mtawarira said in the build-up to today’s final in Japan.

Kolisi grew up in one of the few black areas where rugby is as popular as soccer, raised by his paternal grandmother, but did not pick up a rugby ball until he was seven. His talent was quickly recognised, though for Kolisi, rugby was no more than a distraction from life’s daily toil.

“It’s tough to stay on the right path because sometimes hunger makes you do things that you never thought you would do,” he explained before the kick-off of the World Cup last month. “Some of my friends would steal and some died because they got into bad things.”

But Kolisi’s talent gave him an opportunity to get away from temptation as he won a bursary to Port Elizabeth’s top boys’ school, Grey High, but even then going onto be a Springbok and play in a World Cup was furthest from his mind.

“He adapted well to the posh school but it was on the rugby field where he excelled. Siya was rewarded with a call-up to the South African Schools team and a contract to join Western Province,” said his biographer Jeremy Daniel.

Kolisi was 16 when South Africa edged England in the 2007 final in Paris.

“I was watching it in a tavern, because I didn’t have a TV at home.”

Today’s final marks a 50th cap for Kolisi, who made his debut for his country in 2013 and participated at the 2015 World Cup where South Africa finished third.

“I’m very happy that I have reached 50 – not a lot of Springboks have achieved that – but the most important thing is that I do my bit for the team and everything else will fall into place,” he said in Tokyo yesterday.

“It would be huge to show our country that no matter where we come from, if we can bind to one plan, we can achieve our goals.”

Ex-Springbok Bryan Habana described Kolisi as “an inspiration for many, not only rugby players but people in South Africa”.

“He had a very hard upbringing where he wasn’t sometimes worried about the type of rugby boots he could wear for training, but more about what food he was going to eat that night because they were just so underprivileged,” said Habana, part of the 2007 World Cup-winning Bok squad.

“To see his rise to the top and know that he could potentially be the first black South African captain to bring that Webb Ellis Cup to South Africa would be incredibly inspirational.”

Kolisi is calm ahead of the final.

“I’m just happy to be the captain, being the first black captain isn’t something that comes to mind.

“I’m just really happy for the huge privilege that it is, and for anybody who comes from my community or any community, I just want to represent all of the people there,” he said.

“Yes, we do have many different races in our country, and 11 different languages.

“It just shows that when we decide to work together for one goal, or as a team and as a country, we can make anything happen and achieve all the goals and dreams.”

Kolisi 'proud' of Bok effort, but focus already on better 2022
5 days ago
5 days ago 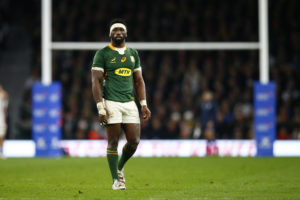 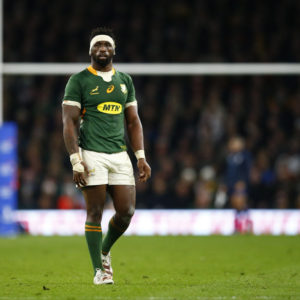 'No excuses,' says Kolisi after Twickers loss at end of tough 2021
6 days ago
6 days ago

Kolisi 'proud' of Bok effort, but focus already on better 2022
5 days ago
5 days ago

'No excuses,' says Kolisi after Twickers loss at end of tough 2021
6 days ago
6 days ago