Tragedy has struck again at the same dangerous area of cliffs that claimed the lives of a Southern Cape mother and her two children in October. 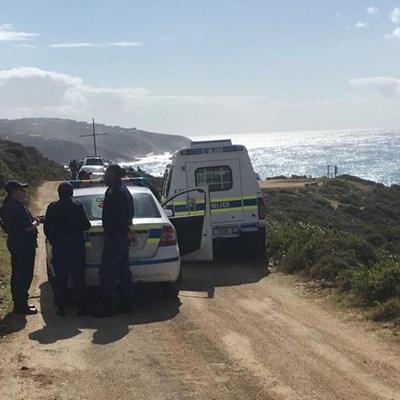 The body of a woman in her 50s was recovered from the ocean at Voëlklip near Herold’s Bay on Wednesday morning, reports George Herald.

It is believed that the woman went over the cliff last night, driving a red Chevrolet Spark.

The identity of the victim has yet not been released.

George Herald reported that a member of the public had informed the police of the incident.

“Police were at the scene and rescue workers of the Metro through the night and the NSRI was already on the scene at 5am this morning,” said Spies.

“No body or bodies have been removed yet and sea conditions are not favourable to them at this time. Once they are, the police divers will try to go into the water to investigate where there is movement,” he added at the time.

The search for the Herolds Bay girl whose mother and brother died when their car went over a cliff was called off after three weeks of searching last month, with the police scaling back to periodic patrols.

The alarm was raised when Heidi Scheepers, Cuzette and two-year-old Hugo went missing on October 22.

On October 24 a VW Caravelle was found at the bottom of a cliff when a search party noticed tyre tracks near a ledge in nearby Voelklip.

The tracks were found on top of the more than 100m drop, and a search and rescue team, as well as a rescue craft and helicopter were activated to scour the area.

Pojie said the police opened an inquest after concluding that they had drowned.

Medbond in payout delay spat
2 days ago
2 days ago

Medbond in payout delay spat
2 days ago
2 days ago