Though an independent investigator has been appointed, the expected duration of the investigation is unclear. 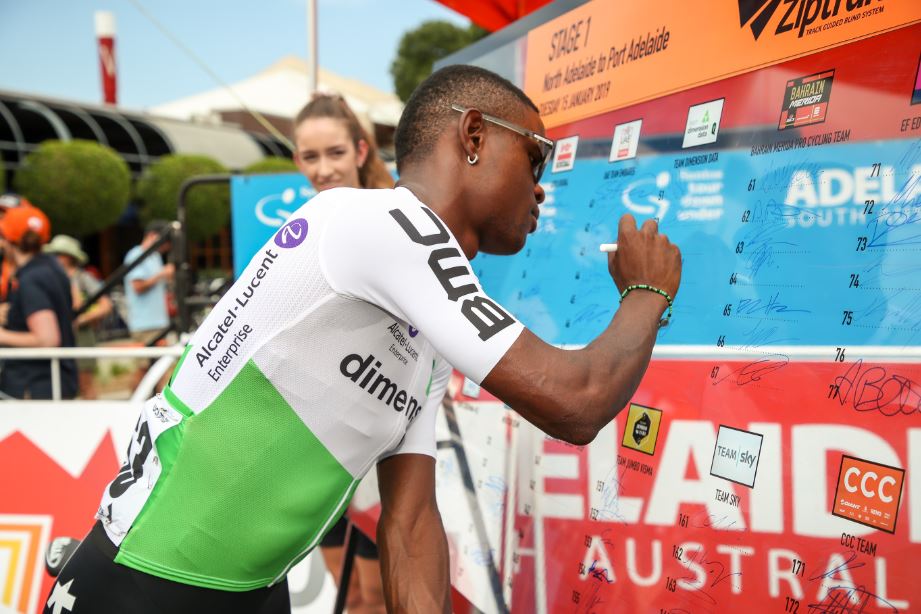 Nic Dlamini of South Africa and Team Dimension Data for Qhubeka signing on for the start of Ziptrak Stage 1 from North Adelaide to Port Adelaide of the Santos Tour Down Under on January 15, 2019 in Adelaide, Australia. (Photo by Peter Mundy/Getty Images)

South African National Parks (SANParks) has confirmed that an independent investigator has been appointed to look into the incident involving star cyclist Nic Dlamini.

SANParks spokesperson Reynold Thakhuli said the five were suspended pending the completion of the independent investigation.

Though an independent investigator has been appointed, the expected duration of the investigation is unclear.

A video of Dlamini’s arrest was shared widely on social media and showed the SANParks officials aggressively handling Dlamini and shoving him into the back of a van.

It is alleged that Dlamini entered Table Mountain National Park’s Silvermine Gate 1 without the necessary permit on Friday.

Dlamini sustained a broken arm after the incident and underwent surgery.

In a statement on Monday, Dlamini said the surgery went well.

“My first step was to undergo surgery and I am told that this went well, but the surgeon is unable to make a prognosis at this early stage.

He said the surgeon and the NTT Pro Cycling team doctor would establish when he could ride again.

“For now, I need to receive expert care and physio at hospital or rest at home until I’m well enough to leave and make a statement to the police.

“I am not sure yet when this will be, but for now things are a little uncomfortable and I am still coming to terms with what happened.”

“With the help from my fantastic support team, my manager and the guys at NTT, I will be taking legal advice on next steps from Norton Rose Fulbright, and for this reason, I hope you can understand why I cannot give any more detail to anyone at this stage,” Dlamini said.