Shabalala to be posthumously awarded, academy to be built in his name

Ramaphosa says he was a man who was truly deserving of the title of legend and that he was one of the most inspiring and remarkable men of our time.

The founder of vocal group Ladysmith Black Mambazo Joseph Shabalala will be posthumously nominated for the gold national Order of Ikhamanga.

At Shabalala’s funeral in Ladysmith on Saturday, President Cyril Ramaphosa committed to nominate him for the award.

Ladysmith Black Mambazo was awarded a silver national Order of Ikhamanga as a group in October 2008.

Shabalala died on February 11 in Pretoria, at the age of 78, after a long illness.

In the days after the news broke, President Ramaphosa announced that a special official funeral category 2 would be held in Shabalala’s honour.

The president also ordered that flags be flown at half-mast until the evening of February 22.

Ramaphosa delivered the eulogy at Shabalala’s funeral, saying he was a man who was truly deserving of the title of “legend” and that he was one of the most “inspiring and remarkable men of our time”.

To honour the late musician’s legacy, the president also vowed to build the music academy Shabalala had always dreamed of.

“It was his greatest wish to see the Mambazo Academy for South African Music and Culture up and running … We must do all we can to see to it that uBaba Shabalala’s dream does indeed come true,” said Ramaphosa.

“We will make sure the Mambazo academy is built and this, together with the premier of our province, we promise and it will be done.”

The academy will build on a project currently run by Ladysmith Black Mambazo, which offers a mobile academic programme that visits high schools in the province, offering music workshops for young, aspiring artists. This programme will be expanded to the rest of the country, Ramaphosa has vowed.

Ramaphosa also committed to various other programmes to fund and promote local artists.

Ramaphosa: Joseph Shabalala is a 'true ambassador' for SA
2 years ago
2 years ago 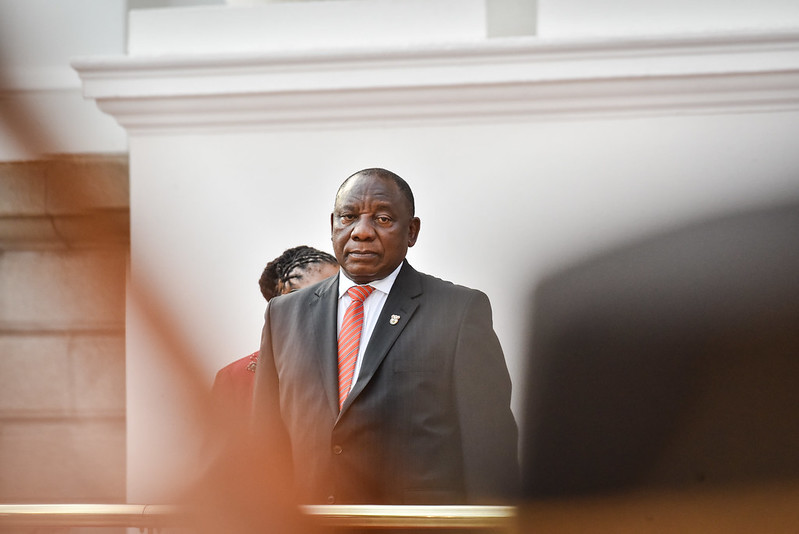 Ramaphosa: Joseph Shabalala is a 'true ambassador' for SA
2 years ago
2 years ago