The late Leroy Bruwer had led several investigations into rhino poaching in Mpumalanga in recent years. 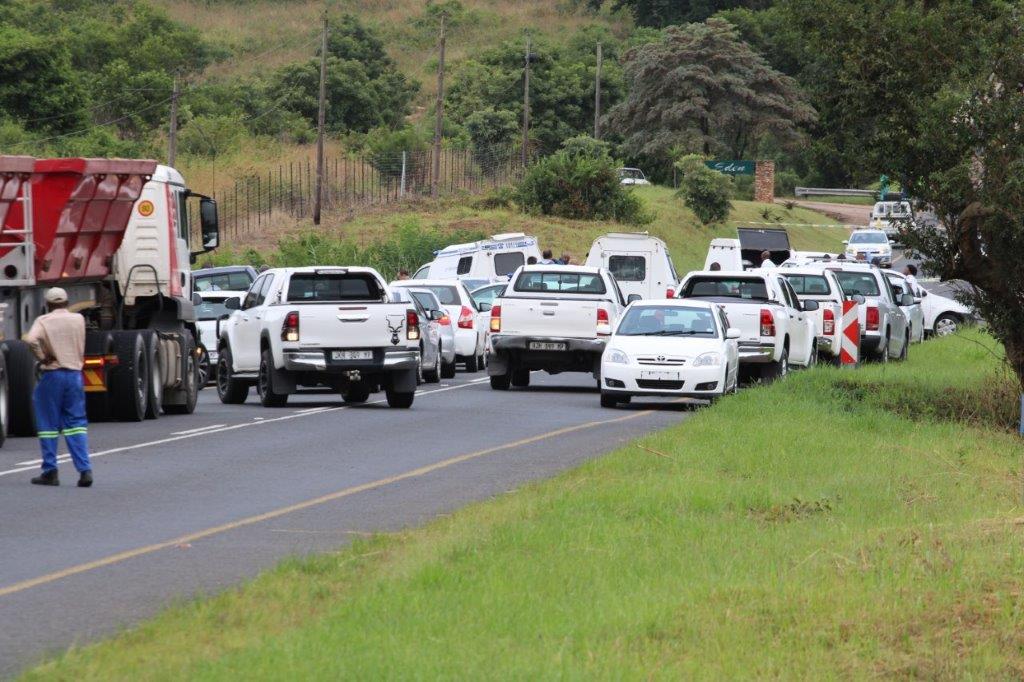 A photo taken at the crime scene showed Bruwer's vehicle standing in the yellow lane on the tar road with it nose pointing in the direction of Nelspruit. Image: Lowvelder

A member of a specialist unit of the SAPS in Mpumalanga was shot dead in an apparent ambush on his way to work on Tuesday morning, reports Lowvelder.

The officer has been identified as 49-year-old Lieutenant Coloner Leroy Bruwer, who was the lead investigator in numerous high-profile cases in Mpumalanga, and a fanatical nature lover.

He could, however, not give any more information because the forensic teams were still combing the crime scene for leads.

The crime scene, on the R37 to Lydenburg, has been cordoned off, and SAPS forensic services are conducting a thorough investigation of the scene.

The road has been closed indefinitely and motorists are advised to take an alternative route. Traffic is being turned around on the R37 just after the N4 off-ramp.

News24 has confidentially established that several empty cartridges were found on the scene.

A photo taken at the crime scene showed Bruwer’s vehicle standing in the yellow lane on the tar road with it nose pointing in the direction of Nelspruit.

Three bullet holes could be seen in the driver’s window. The passenger window behind Bruwer’s driver’s seat also had a hole through it.

GT Lundie, owner of the well-known Zest Restaurant near the crime scene, told News24 he heard three shot at around 06:15.”I then went to pick up our restaurant staff and on my way to the restaurant, saw the Mercedes parked next to the road.”I did think much of it as many people park there in the morning to offload staff who is working at the nearby Eden Wildlife Estate. I just drove past.”

Bruwer had led several investigations into rhino poaching in Mpumalanga in recent years.

In 2016, he testified how he and a colleague were detained by police when they tried to charge two officers linked to a rhino poaching bust, the Lowvelder reported at the time.

Bruwer, who has been described as a passionate policeman and dedicated investigator, received numerous awards during his career.

In 2016, amongst others, he received the national award for being the best detective in the Hawks.

Advocate Kobus van der Walt, the head of the Mpumalanga Asset Forfeiture Unit, says Bruwer was one of the most dedicated policemen he ever worked with.

“His death leaves an incredible gap in the legal system especially in the investigations into rhino poaching.

“He was a very good friend and colleague.”