Kerzner died of cancer at 18:52 on Saturday surrounded by his family at the Kerzner family home in Leeukoppie Estate in Cape Town. 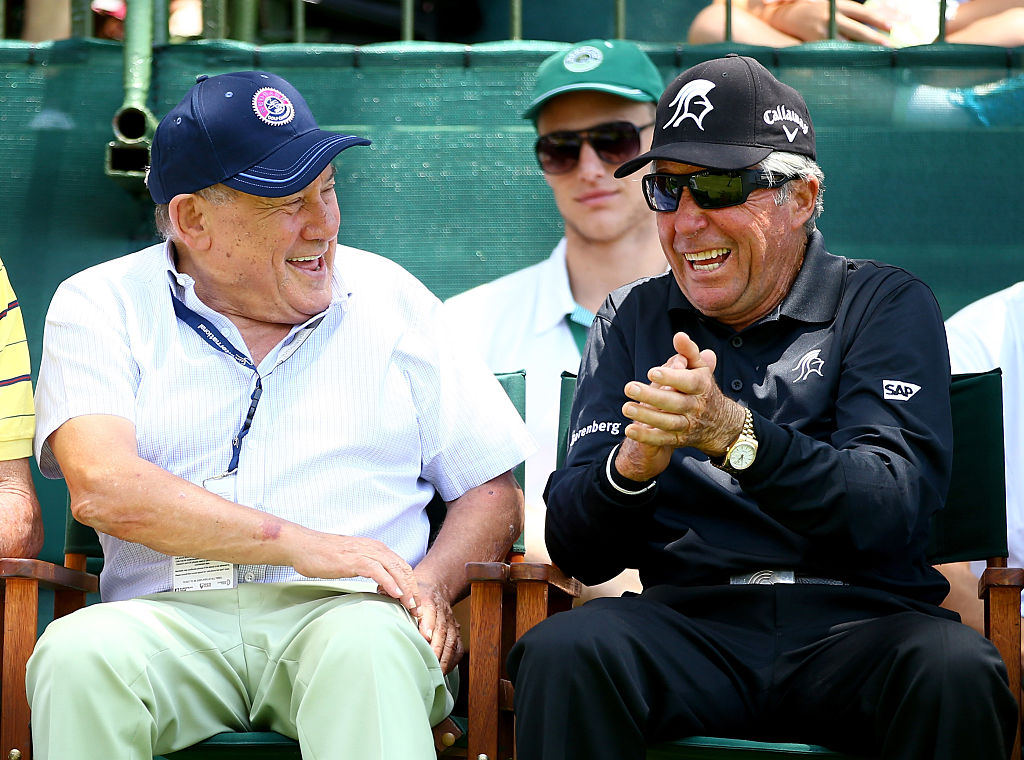 Gary Player (R) shares a joke with Sun City creator Sol Kerzner as they watch from the first tee during the final round of the Nedbank Golf Challenge at the Gary Player Country Club on December 7, 2014 in Sun City, South Africa. (Photo by Richard Heathcote/Getty Images)

Kerzner died of cancer at 18:52 on Saturday surrounded by his family at the Kerzner family home in Leeukoppie Estate in Cape Town.

Kerzner’s career in the hospitality industry started in 1962 when he left the accounting profession and bought the Astra, a small inn in Durban.

He lived much of his life in the public eye in a career that spanned for more than five decades.

At the age of 26, Kerzner was convinced that an opportunity for a hospitality offering in South Africa, ahead of anything else, was available.

Douglas said in a statement that Kerzner maintained a massive business reputation but remained an intensely family-orientated man.

Kerzner’s daughter, Andrea, said that her father always had time for the family.

“Dad taught us family values, no matter how busy he was, he always made time for us, his family.

“He would take a call from any one of us in the middle of an important meeting or fly half-way across the world to get to a grandchild’s birthday party. For Dad, his family was everything, his joy.”

Kerzner is survived by his children Andrea, Beverley, Brandon and Chantal and 10 grandchildren.

“Sol Kerzner will be buried in a small, private funeral with only immediate family in attendance,” Douglas added.