In a hard-hitting move, the group's bank accounts and assets seized were frozen to the tune of R300 million through a provisional restraint order from the Asset Forfeiture Unit in relation to the failed R255 million Free State asbestos project. 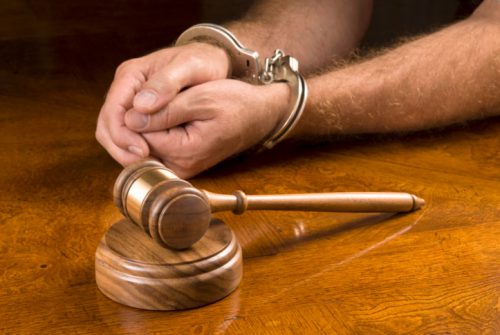 Authorities have begun moving swiftly on alleged white-collar criminals as two longstanding corruption cases – one in KwaZulu-Natal and the other in the Free State – took the spotlight on Friday.

Durban businessman Thoshan Panday appeared in the Durban Magistrate’s Court, alongside police Colonel Navin Madhoe, on charges of corruption and fraud, amounting to around R47 million, in relation to police accommodation for the 2010 World Cup.

In a hard-hitting move, the group’s bank accounts and assets seized were frozen to the tune of R300 million through a provisional restraint order from the Asset Forfeiture Unit in relation to the failed R255 million Free State asbestos project.

They face over 60 counts, including corruption, fraud and money laundering.

Charges relating to Panday, who is known as a close affiliate of former president Jacob Zuma’s son, Edward, began moving forward last week when the Pietermaritzburg High Court dismissed an application he had brought.

The high court on Wednesday, 30 September, dismissed Panday’s application to review and set aside a 2017 decision by former National Director of Public Prosecutions (NDPP) Shaun Abrahams to prosecute him, Madhoe and Captain Ashwin Narainpershad.

Madhoe and Narainpershad were both in the employ of the South African Police Service (SAPS).

“Circus huh?” said Panday as he appeared before a barrage of journalists and Magistrate Vanitha Armu on Friday.

Madhoe, through his lawyer, Ravindra Manicklal, said he was eagerly awaiting his day in court, to clear his name.

In another twist on Friday afternoon, the NPA said former KZN police commissioner Mmamonnye Ngobeni was at large after she was due to be arrested and appear in court in connection with the police tender.

Both the Free State and KZN moves have been perceived as a move toward state capture related arrests.

News24 this week reported that high-profile ANC officials were expected to be among those on the radar of prosecutors and investigators.

In the Free State asbestos matter, News24 reported the contract was awarded by the Free State human settlements department and was intended to cater for a detailed audit of roughly 36 000 low-cost homes to identify which still have harmful asbestos roofs.

News24 reported that the department utilised, unlawfully, a Treasury regulation that allows one government department to procure goods or services from service providers already contracted to another department.

The seven accused in the controversial asbestos contract case seated at the dock in the Bloemfontein High Court.Chanté Schatz, News24.

The asbestos is still in the homes.

The contract was unlawfully awarded to a joint venture between Blackhead Consulting, owned by Sodi, and Diamond Hill Trading 71, owned by Igo Mpambani, who was gunned down in Sandton in 2017.

1,200 people arrested in Gauteng during weekend police operations
13 hours ago
13 hours ago

1,200 people arrested in Gauteng during weekend police operations
13 hours ago
13 hours ago