The family sealed the hole off with clay and called Van der Merwe at about midnight. 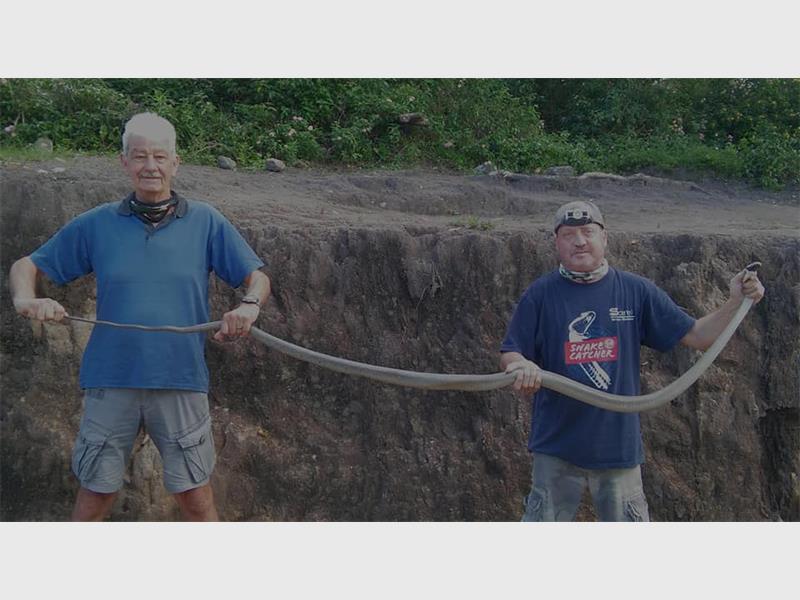 Snake catcher Sarel van der Merwe has had a busy December so far.

So far he has caught 27 green mambas, two black mambas, a Mozambique spitting cobra, one python, and a few other reptiles.

His most recent call-out came from a panicked family in Sipofu, Mthwalume, KwaZulu-Natal.

They had reason to be distressed as a large black mamba had slithered into a hole in their rondavel.

The family sealed the hole off with clay and called Van der Merwe at about midnight. The family sealed the hole off with clay and called Van der Merwe at about midnight. Picture: supplied.

When he eventually found the house, he opened the hole but he couldn’t see the deadly snake inside.

He was pleased with the outcome (as was the family).

“It was a death trap for the snake as it no way to get out,” he said.

This story was republished from the Southcoast Herald, with permission.

READ NEXT: Mamlambos, home-brewed beer, steamy sex tips – here’s what got your attention in 2020