The council says high rates of Covid-19 infections will deter international travellers from coming into the country and will adversely impact domestic tourism. 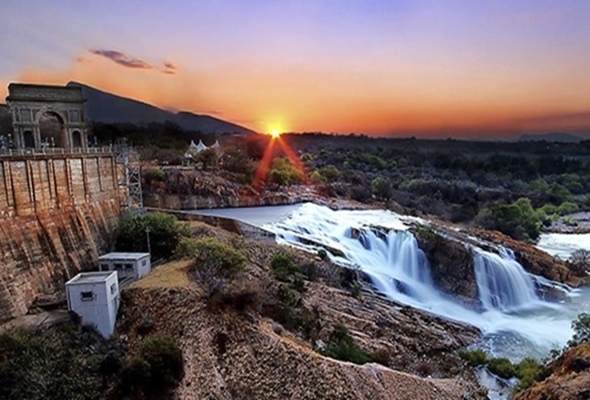 The Tourism Business Council of South Africa said some of the adjusted regulations will have an adverse impact on the tourism and hospitality industries. Picture: Afristay

The Tourism Business Council of South Africa (TBCSA) has said for the sake of protecting the future of the country’s international and domestic tourism sector, it is important that the numbers of Covid-19 infections are managed and the rate of infection is reduced.

Responding to adjusted level 3 lockdown regulations announced by President Cyril Ramaphosa on Monday, TBCSA CEO Tshifhwa Tshivhengwa said some of the adjusted regulations will have an adverse impact on the tourism and hospitality industries.

Thee new regulations include the closure of beaches, which Tshivhengwa said would affect the coastal region, especially the Eastern Cape; the restriction on the number of patrons at restaurants, casinos, libraries, archives, galleries, which was reduced from 100 to 50 seated at 1.5 metres apart and for a smaller venue to welcome half of its capacity.

Tshivhengwa said the ban on the sale of alcohol  will result in reduced revenue in restaurants and hotels, for example, where the sale of food and beverages is an important aspect of the business.

Tshivhengwa said another aspect that will affect the industry is that less people are out and about, with people encouraged to stay at home, which will also hit the sector’s revenue, which has been one of the most affected and its recovery now is envisioned to take longer.

Hundreds of thousands of jobs have been lost in the sector in the wake of the Covid-19 pandemic, Tshivhengwa said, adding that some companies, including big hotel groups and tour operators, retrenched between 40% to 80% of their staff during this period.

“So there is a big number of people who have lost their jobs,” Tshivhengwa said, adding that some smaller companies and entrepreneurs had to close shop and some who had expected to recover under Level 1 Lockdown may not recover anytime soon due to the move to Level 3 Lockdown.

Tshivhengwa said during the pandemic, the industry has lost well over R100 billion in spend and more than half of its expected income.

The sector was consulted by the government leading to the decision to move the country to Level 3 Lockdown, Tshivhengwa said, adding that what is important, however, is to ensure that the number of Covid-19 infections are managed and kept low because high rates of infection would deter international travellers from coming into the country and also adversely impact domestic tourism.