Politicians and sporting heavyweights have expressed their sorrow over the loss of the former deputy defence minister, who has become the latest high-profile figure whose life has been claimed by Covid-19. 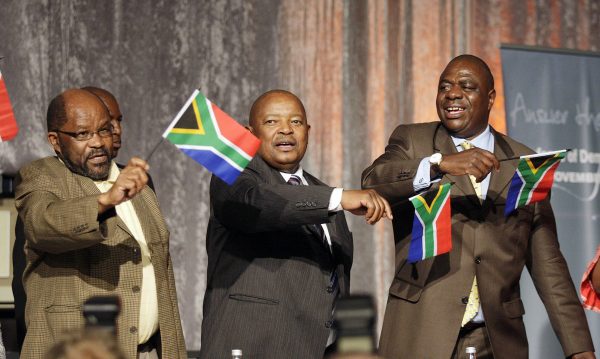 Aged 72, Mluleki George passed away this week in East London, due to complications from Covid-19.

President of the Border Rugby Union until his arrest in 1976 and in 1978, he was sentenced to five years’ imprisonment for political activities – spending time on Robben Island with Congress of the People (Cope) leader Mosiuoa Lekota.

In 1983, George was among the founding members of the United Democratic Front, helped in started the National Sports Council in 1988, and later became an executive member of the National Olympic Committee of South Africa.

George served as an ANC MP and deputy minister of defence from 2004 to 2008 –when he resigned from the governing party along with former defence minister Lekota, after the watershed ANC Polokwane conference. Following the election by the conference of Jacob Zuma as party president, replacing Thabo Mbeki, George and Lekota formed Cope.

Acknowledging him for his “selfless sacrifices” in the fight against apartheid, Cope said George had warned the ANC against the election of Zuma as party leader. Cope said in a statement: “Comrade George was very vocal at the Polokwane conference, warning delegates that the ANC was taking a wrong direction with Zuma as leader.

“He warned that he [Zuma] would not only destroy the ANC but the entire country, a message delegates did not want to listen to. We can never forget the huge contribution that comrade George made in our struggle to free this country.

“What we enjoy today is due the selfless sacrifices that comrade George made.”

Eastern Cape Premier Oscar Mabuyane said the provincial government was saddened by the death of George.

“We send our heartfelt condolences to his family, friends, relatives, colleagues – members of the Congress of the People, his former colleagues in sport, government, parliament and to members of the Methodist Church of Southern Africa. We also send our heartfelt condolences to his old comrades and friends in the ANC – people that worked with him for a better part of his adult life.

“He was a dynamic community and political activist whose interests was to see the people of his community, his province and South Africans, access opportunities to develop and transform their lives.”

Mabuyane hailed George for having played “an active role in fighting apartheid as a member of the ANC”.

Described as “a unifier” in sport, George served as vice-president of the South African Rugby Football Union (Sarfu) from 1993 until 1998.

“He was genuinely one of the icon figures of our historic sports unification process, and we know of course that rugby was closest to his heart,” said Alexander.

“Mluleki was a colossal, calming figure during a very turbulent time in the fight for freedom and the ensuing transition period to a democratic South Africa.

“On behalf of the South African rugby community, I want to offer our most sincere condolences to the George family and his wide circle of friends.

“He was very principled man, a skilful negotiator and will always be remembered for his unselfish fight for human rights and the dignity of all people in South Africa.”