The man fell down a narrow path near a waterfall in the reserve, which made it difficult for rescue teams to get to him. 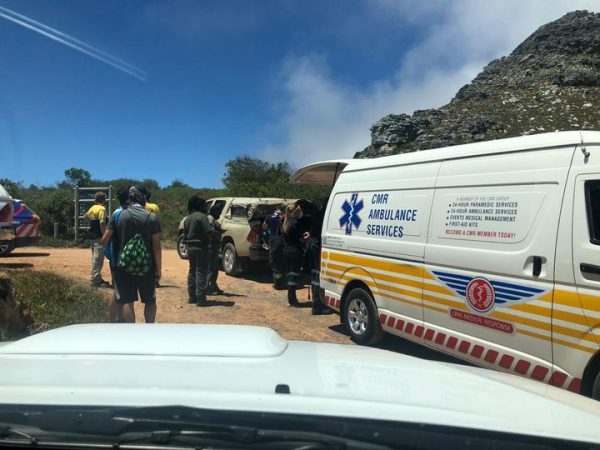 The scene where a hiker fell down a mountain at the Silvermine Nature Reserve in Cape Town on Sunday. Photo: Arrive Alive

A hiker who fell off a mountain in the Silvermine Nature Reserve in Cape Town had a near brush with death on Sunday afternoon.

The man fell down a narrow path near a waterfall in the reserve, which made it difficult for rescue teams to reach him.

The Silvermine Nature Reserve is located in the Table Mountain National Park.

South African National Parks (SANParks), City of Cape Town Fire and Rescue, Wilderness Search and Rescue and local metro rescue teams were dispatched to attend to the the man, while paramedics and an ambulance waited at the reserve’s gate two for him to receive medical attention.

In order to get the man out of the narrow corridor he had fallen into, he was “hiked out” from the bottom of the waterfall, until rescue teams reached the double-track road.

A SANParks vehicle was waiting in the road to transport the patient to the gate, after which CMR paramedics transported him to a Cape Town Hospital.

He was reported to be in a stable condition.