Aunt defends church bishop after niece accuses him of rape

The aunt said her niece had a tendency to, 'sleep with people and later accuse them of rape'. 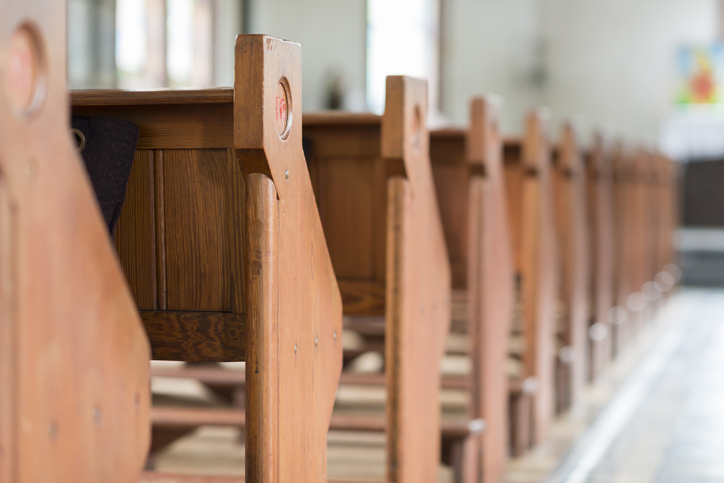 The relative of a former Rivers of Living Waters Ministries member who accuses its leader, Bishop Stephen Zondo, of sexually abusing her, says she is concerned about the claims her niece is making against the church leader.

Bongi Mofokeng’s aunt, Pastor Lydia Malete, testified before the Commission for the the Promotion and Protection of the Rights of Cultural, Religious and Linguistic Communities (CRL Commission) in Braamfontein, Johannesburg, on Monday.

Mofokeng, joined the church in 2008 because she wanted counselling after she was sexually abused by her ex-boyfriend.

She alleges that Zondo, whom she regarded as a spiritual father, drove her to a hotel in Johannesburg and raped her.

Last year SABC reported that Mofokeng testified that Zondo attempted to bribe her with R75,000 and said she should not tell anyone, and if she did, her family would be in danger.

The woman testified that after she had confided in her family, she, her mother and younger sister were involved in a car accident, and she was the only survivor.

In her testimony on Monday, Malete, who is a pastor at the Rivers of Living Waters branch in Springs, told the commission that Mofokeng moved in with her after she told her that her father attempted to rape her.

She said when Mofokeng moved in with her, the younger woman disclosed she was raped by other people, including by a “well-known artist”.

She said Mofokeng said the artist drove a Chrysler and took her to a hotel.

Malete said it was shocking that her niece later went on a local radio station and painted the same “scenario”, accusing Bishop Zondo of raping her.

The Springs pastor further said: “Bongi is lying about the scenario not the rape. If she was raped, Bongi is the only one who knows. I cannot say she was not raped. “About the scenario, no Bongi, you said to me it was ‘this guy’(artist), not Bishop, now why are you mentioning the Bishop?”

The aunt said her niece had a tendency to, “… sleep with people and later accuse them of rape”.

She testified that for Mofokeng to even obtain her driver’s license she told her she slept with a businessman.

Sexual acts in exchange for favours

“She said to me, ‘Sister Lydia, for me to go and sing in this choir that you see on TV, this and this happened with this artist. By sleeping with him, I got an opportunity to go and sing on TV’,” she said.

“According to me, I suppose Bongi was sleeping with people [and] when the relationship was cut, then she [would] turn it as a rape. It was only that [artists]. For her to get a license, she told me she slept with one guy, a businessman in Vaal. Then she accused him of rape,” she said.

Malete said she was unable to disclose the names of the people Mofokeng had also accused of rape in public but would in a private space away from media.

She said the first time she heard about these allegations against Zondo was in 2012 when Mofokeng went to a local radio station and brought them to light.

Malete said when she heard Mofokeng speaking on radio she also went to a radio station at Vaal University of Technology to counter the allegations based on what she was told.

“Bongi, the same Chrysler, the same hotel, you said it was this guy, not Bishop.”

Mofokeng alleged that Zondo was driving a black Chrysler when he took her to the hotel, but Malete denied the bishop ever drove such a vehicle.

The victim also alleged that Zondo bribed her with R75,000 but she denied it.

The aunt said if Mofokeng had told her that the bishop had raped her she would have addressed him right there but her niece did not do that.

Malete told the commission that even when Mofokeng was living with her, she never showed signs she was sexually violated by the Bishop.