IRR calls for the halt of ‘draconian’ Land Expropriation Bill

'The Expropriation Bill must be stopped before it can be used to strip millions of South Africans of their homes and other assets without fair procedures or equitable compensation.' 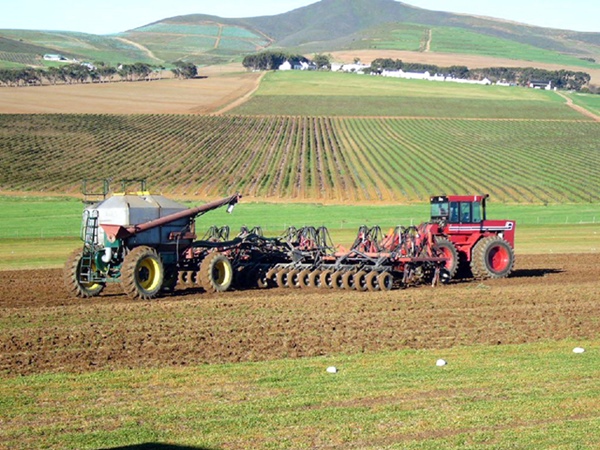 The Institute of Race Relations (IRR) has labelled the new Land Expropriation Bill as “draconian” and is calling for its halt.

The Bill was published last October and tabled before Parliament and relevant committees to transverse its constitutionality and mandates.

The IRR’s Anthea Jeffery has warned that the Bill has enormous ramifications for “the one million whites and 8.7 million black South Africans who own houses, the thousands of black South Africans who have bought more than six million hectares of urban and rural land since 1991, and the roughly 17 million people with informal rights to plots held in customary tenure”.

Secure property rights are the foundation of a healthy democracy. The Expropriation Bill will steal from the people to give to the powerful, taking from you what you have worked hard to earn.

She said this was also threatening to companies, both large and small, with the loss of shares, business premises, mining rights and other property.

”While South Africans have been encouraged to believe that the Bill deals only with the land, and primarily with ‘white’ farming land,’ the Bill describes the ‘property’ subject to its provisions as ‘not limited to land’.’’

She said that in terms of the procedure, the Bill “will rig the rules of the game by bypassing both common law and constitutional protections for property rights”.

“It will deprive the Constitution of much of its vital force, leaving people far more vulnerable to the destructive interventions of an increasingly powerful state.”

Jeffery noted that, under the Bill, law-abiding owners of homes and other property would have fewer rights than criminals illegally using a warehouse they own to store heroin and other drugs.

“The Bill is a draconian measure that must be stopped before it can be used to strip millions of South Africans of their homes and other assets without fair procedures or equitable compensation.”

In a bid to quell the controversy, Minister of Public Works and Infrastructure Patricia De Lille wrote in the Sunday Times, dated January 31, that land expropriation was a recognised act in most countries.

ISSUE ALERT ????
The Expropriation Bill – One Week Left To “Kill The Bill”

The Expropriation Bill must be stopped before it can be used to strip millions of South Africans of their homes and other assets without fair procedures or equitable compensation: https://t.co/qe8RhbN7mN pic.twitter.com/U6dl1O3Qkv

“Disputes may arise, which is why a bill sets out rigorous processes to follow,” reads De Lille’s statement.

In the article, she also denounced the notion that expropriation without compensation was an old-style land grab.

ALSO READ: What to expect from the controversial, revised Expropriation Bill

The IRR said it was concerned that expropriated assets were going to end in the hands of the government and be used to deepen the dependency of the public at large on the ruling party.

“The government claims the Bill will help ‘return’ the land to ‘the people’, yet land and other assets expropriated for nil or inadequate compensation will in fact be owned or controlled by the state, and not transferred to black South Africans.”

“Instead, this property will be held by the state as a patronage tool and used to deepen dependency on the ruling party. That is the fraud at the heart of the Bill,” said Jeffery.

Editor’s note: Following the publication of this article, the Minister of Public Works and Infrastructure Patricia de Lille requested a right of reply. Click here to read it.