Zulu said she understood that an investigation regarding the use of water cannons to force people to keep their distance at the Bellville office was still underway. 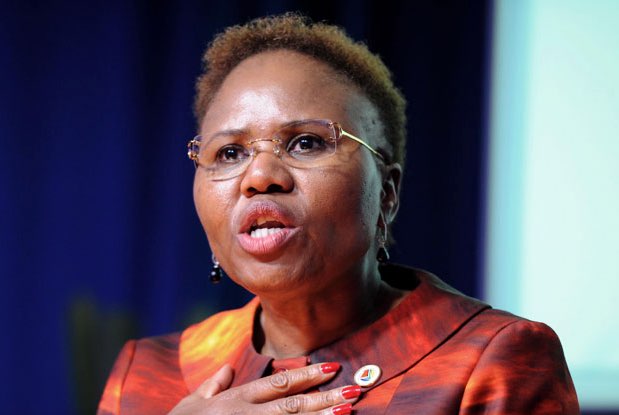 Problems with the cancellation of certain grants in December led to huge queues, and applicants in Bellville were sprayed by a police water cannon to enforce social distancing.

In the meantime, Sassa is still working on updating its website, and its application processes, as well as the reassessment of applicants for the temporary disability grants which lapsed at the end of December, setting off a panic.

Parliament’s social development committee heard on Wednesday that plans were underway to improve communications about what types of grants are available, and how to go about applying for them.

The department is also in the process of buying chairs to put out for queuing applicants, and loudhailers to disseminate information.

ALSO READ: ‘We should have planned better,’ says Zulu on Sassa grants scramble in Bellville

Temporary disability grants lapsed at the end of December after being automatically extended twice during the Covid-19 lockdown.

This led to large numbers of people resorting to sleeping outside Sassa offices to start the process of reapplying for their grants.

KwaZulu-Natal and Western Cape were the most negatively affected by congestion, with long queues and people sleeping on pavements and in a service road to get service.

Zulu said she understood that the investigation between the police and the SA Human Rights Commission regarding the use of water cannons to force people to keep their distance at the Bellville office was still underway.

She reiterated that she had not ordered the use of the water cannon, and had actually told police to stop using it.

A disability grant is awaded in terms of the Social Assistance Act (SAA), and the assessment is purely medical, not social, the committee was reminded.

The temporary disability grants last for between six months to 12 months, and after that it lapses in terms of the SAA.

At its meeting on 21 January, the committee heard about the problems associated with the department not being prepared for the reassessments.

There were long queues, people were selling places in the queues, and the volunteers were not visible.

There was little on-the-ground information available, a shortage of doctors for the medical reassessments, a shortage of staff because of Covid-19 regulations that restrict the number of staff in an office, and a call centre that was difficult to reach.

The SA Post Office, which assists with grant payments, was also overwhelmed by the numbers of people trying to get the special grant for social relief of distress known colloquially as the “Covid grant”.

Members of Parliament said that, even though commitments had been made, their own trips to some offices and attempts at checking whether phone lines work at the call centre, echoed the complaints they had received from constituents in spite of promises to fix the situation.