'The RFA has over the years expressed concern and uneasiness about Aarto and its susceptibility to fraud, corruption and money laundering,' says RFA's Gavin Kelly. 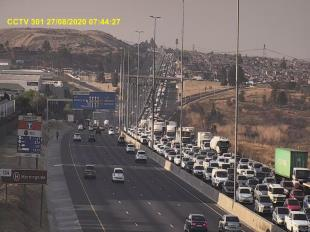 The Road Freight Association (RFA) says that it would be “reckless and irresponsible” for the government to forge ahead with the Administrative Adjudication of Road Traffic Offences (Aarto) Act, set to commence in July.

The comments come at the back of the suspension of the Road Traffic Infringement Agency’s (RTIA’s) chief executive officer (CEO), Japh Chuwe, amidst allegations of “serious maladministration” by the Auditor-General of SA.

“The RFA has over the years expressed concern and uneasiness about Aarto and its susceptibility to fraud, corruption and money laundering,” said the RFA’s Gavin Kelly in a statement on Tuesday.

“The RTIA’s latest announcement is confirmation of our worst fears. Once Aarto is implemented, the RTIA will be handling billions of rands.”

Kelly said that it would now be harder to trust the entity, especially when dishonesty and corruption are allegedly at their highest level in the agency.

ALSO READ: Aarto: Here are the problems and the rights you will lose

“We already face huge corruption, extortion and intimidation at the hands of traffic police on a daily basis and this latest development has highlighted how rampant dishonesty is in the public service – especially in the traffic law-enforcement and management structures.”

Kelly said that if the system was implemented, it would envisage theft on a grand scale.

“The continuously amended system is all about generating revenue and not at all about road safety, which was what the system was originally about.”