‘My political opponents are not my enemies,’ says Mbalula on friendship with Malema Transport Minister Fikile Mbalula says his friendship with EFF  leader Julius Malema is real and solid, despite their political differences.

“My political opponents are not my enemies. My enemies are those who want to destroy my country and make it start afresh, those are my enemies,” Mbalula said in an interview with Radio 702 on Thursday. News channel eNCA has come under fire from social media users for interviewing Freedom Front Plus (FF Plus) leader Pieter Groenewald without him wearing his face mask in public.

The outrage from some Twitter users has even sparked questions around white privilege and unconscious bias by the broadcaster.

This followed an interview by eNCA reporter Lindsay Dentlinger with Groenewald outside the steps of Parliament after Finance Minister Tito Mboweni delivered his budget speech. The EFF says it will be writing to Minister of Health Zweli Mkhize seeking accountability and clarity on Covid-19 corruption allegations linked to his family friends.

The party said it would be making sure Mkhize is “suspended with immediate effect to allow a smooth process of investigation”. The Special Investigating Unit (SIU) said on Wednesday it was investigating Mkhize’s close associates on allegations of benefiting from Covid-19 contracts by the Department of Health valued at more than R82 million.

Mboweni paints sobering picture: ‘We owe a lot of people a lot of money’ 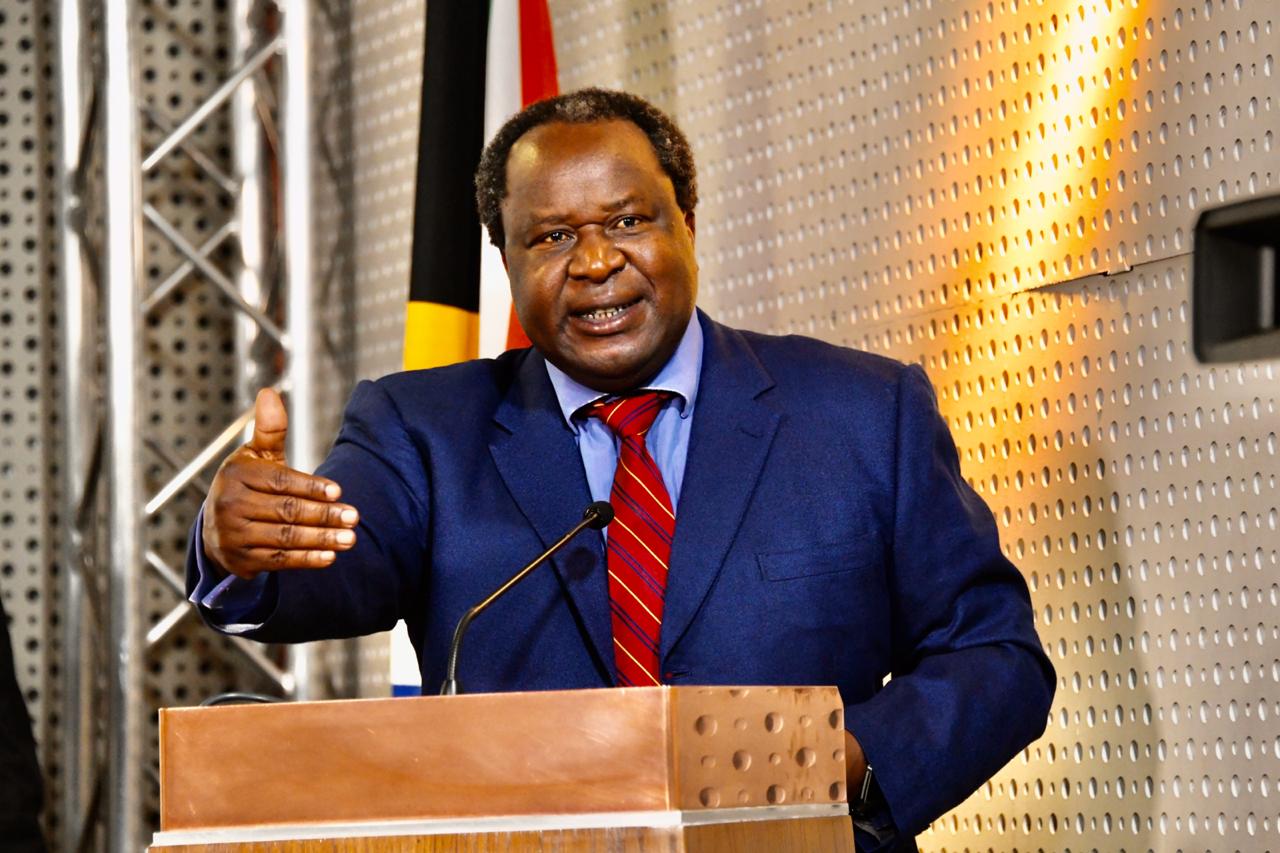 Finance Minister Tito Mboweni has a tough juggling act ahead of him. Image: Twitter/ @treasuryRSA

This was revealed in 2021 budget documents tabled by Finance Minister Tito Mboweni following his budget speech in Cape Town on Wednesday. Mboweni did not specifically cite the debt servicing costs figure during his speech, but did note that the country’s gross loan debt will increase from R3.95 trillion in the current fiscal year (2020-2021) to R5.2 trillion in 2023-2024.

Ivermectin has been legal all along and SAHPRA knew, says AfriForum There was a dramatic turn of events on Thursday in the fight for the legal use of Ivermectin to treat people with Covid-19 between lobby group AfriForum and Dr George Coetzee against the South African Health Products Regulatory Authority (SAHPRA).

AfriForum and its legal team dropped a bombshell on Thursday when it announced the medicine had been legal all along but SAHPRA had kept this a secret.

Carl Niehaus an ‘unrepentant thug’ that no one takes seriously, says Mbalula Transport Minister Fikile Mbalula has once again laid into Umkhonto weSizwe Military Veterans (MKMVA) spokesperson Carl Niehaus, saying he is “an unrepentant thug who majority of us in the ANC and South Africa at large don’t take serious”.

Mbalula was responding to a tweet by Niehaus, where Niehaus said Mbalula was “opportunism, inconsistency and turncoating [sic]” personified.

SABS updates rules on what should be in hand sanitiser The South African Bureau of Standards (SABS) has amended SANS 490, the national standard that defines alcohol-based hand rubs and sanitisers, to specify the minimum alcohol content of liquids, gels, foams and aerosols.

The SABS said in a statement the changes were driven by global guidelines, such as the requirements specified by the World Health Organisation and the South African Health Products Regulatory Authority (SAHPRA) to fight the coronavirus pandemic. Cosatu on Thursday said it planned to convene a special meeting of its central executive committee (CEC) to deliberate on its support for the ANC ahead of this year’s local government elections.

The labour federation recently concluded a meeting of its CEC which discussed challenges facing the ANC-led alliance that includes the SACP. Cosatu general secretary Bheki Ntshalintshali said the alliance faced a “serious crisis of legitimacy” and they were finding it hard to rally workers behind the governing party.

‘Autonomous’ ANCWL can meet with Zuma whenever they want, says ANC The ANC has reacted to the decision by the ANC Women’s League’s (ANCWL’s) national leadership to visit former president Jacob Zuma at his Nkandla homestead in KwaZulu-Natal, amid his legal stand-off with the Commission of Inquiry into Allegations of State Capture.

ANC national spokesperson Pule Mabe on Thursday emphasised that the ANCWL was an autonomous structure of the governing party that could take its own decisions. This is despite President Cyril Ramaphosa earlier this month reaffirming the party’s support for the commission and called on ANC members and all South Africans to cooperate with the inquiry.

Five people have been arrested for allegedly gathering illegally and one for discharging a firearm in public following unrest in Hillbrow on Wednesday after a security guard was shot dead the previous night.

In multiple videos shared on social media, groups of men can be seen walking and chanting through Johannesburg’s inner city streets carrying sticks and plastic chairs. In another video, police vehicles are seen chasing the group. 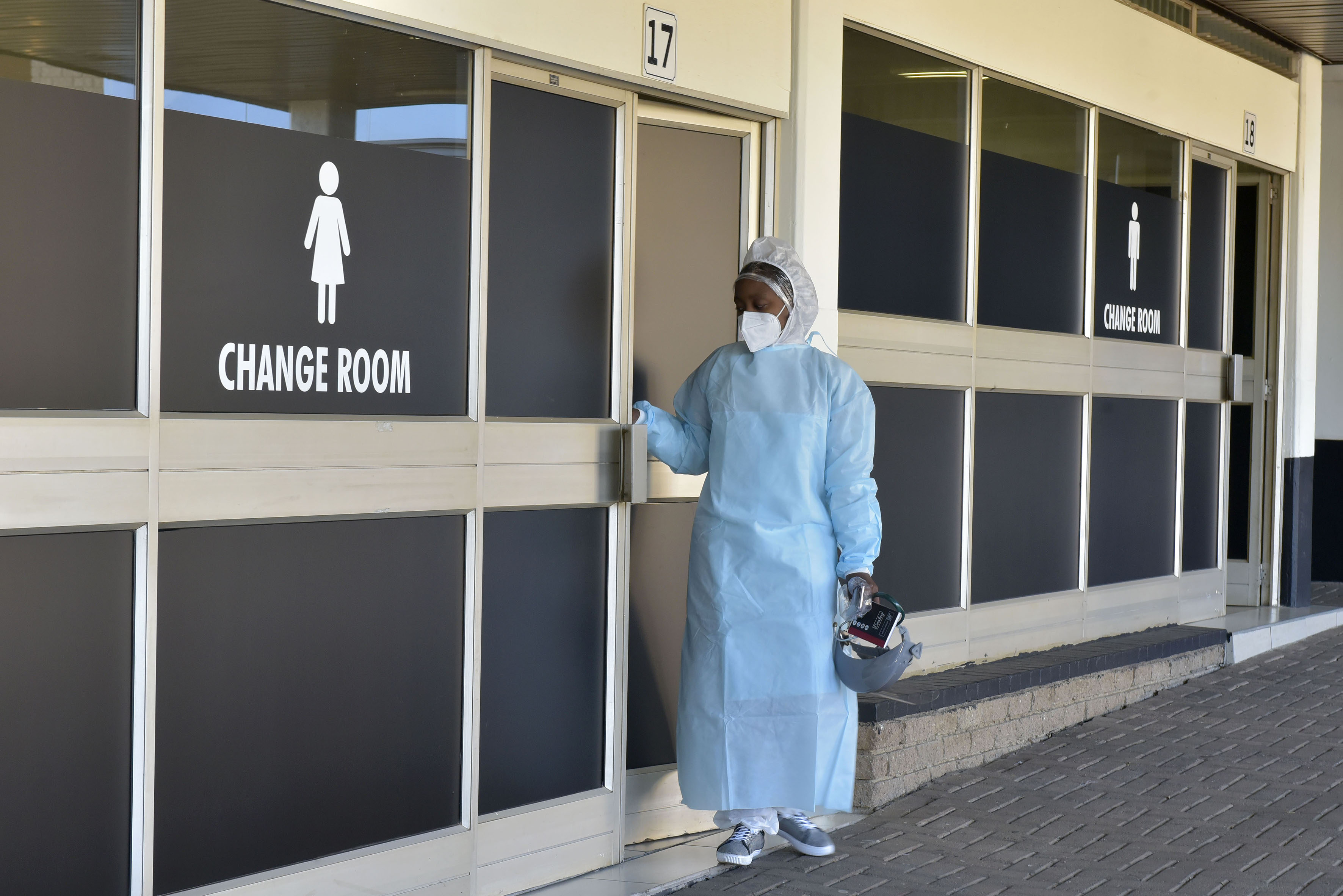 Healthcare workers in Limpopo have dug in their heels threatening court and strike action over the introduction of a new standardised roster system.

Under the new system, workers will have 12-hour shifts three times a week and a 7-hour shift once a week, while no roster should be designated night or day shift.

Doctors says these and several other sweeping changes could affect their fixed overtime contracts. According to SAMATU spokesperson Dr Nkathekiso Mnisi, the department did not conduct proper consultation with workers before releasing the circular. The 2020 prison inmate matric cohort achieved a resounding 86.3% pass rate compared to the 76.2% rate achieved by outside daily scholars.

This was announced by Correctional Services Minister Ronald Lamola at the Leeuwkop Correctional Centre on Thursday, accompanied by  Gauteng education MEC Panyaza Lesufi. Lamola congratulated the convicts for their achievements despite their challenges posed by the Covid-19 pandemic since March last year. Maphoko Hudson Kgomoeswana appeared in the Pretoria Regional Court on Thursday when his case was postponed to 15 April 2021. Merelize van der Merwe posing with the giraffe she hunted and killed for Valentine’s Day in a reserve not far from Sun City. Picture: Facebook

A 32-year-old South African woman has come under fire for posing with her gruesome Valentine’s Day gift and showing it off on social media.

Merelize van der Merwe made international headlines after she took to her public Facebook page to brag about killing a giraffe on a Valentine’s Day hunting trip.

After taking the animal apart, Van der Merwe posed with its heart, uploaded the images and captioned the post: “Ever wondered how big a giraffe’s heart is? I’m absolutely over the moon with my BIG Valentines present!!!”

After winning trains tender, I had to pay ANC R80m – Swifambo boss The Commission of Inquiry into Allegations of State Capture has revealed that Swifambo Rail Leasing director, Auswell Mashaba, admitted to the commission that he paid R80 million to the ANC after his company was awarded a R3.5 billion contract by the Passenger Rail Agency of South Africa (Prasa) to deliver locomotives in 2012.

The businessman defied summons to appear before the commission on Wednesday, following in the footsteps of former president Jacob Zuma who last week refused to comply with a Constitutional Court order to answer questions before the inquiry. South African Airways’s ability to remain solvent is being questioned in court.

An SAA flight fetching the second batch of Johnson & Johnson vaccines for South Africa has landed in Brussels, reports eNCA.

Transport Minister Fikile Mbalula said on social media on Thursday morning the flight had departed to fetch the 80,000 vaccines. While concerns over the cost of flying to Brussels and back with only vaccines have been raised, Mbalula said the flight would come back with “other cargo” as well. One of four candidates for the post, the owner of 2016 African champions Mamelodi Sundowns unveiled a 10-point manifesto at a plush convention centre ahead of the March 12 elections in Morocco.

Another appeal as Caster Semenya keeps up the fight Olympic 800m champion Caster Semenya says she is fighting to set a precedent for athletes with differences of sexual development (DSD) after launching another appeal in her ongoing legal battle to have international rules overturned.

Semenya, who remains sidelined from her specialist two-lap distance ahead of the Tokyo Olympics in July, confirmed on Thursday she had filed an appeal at the European Court of Human Rights.