5 dead after vehicle smashes into wall, burst into flames

The Provincial Department of Transport has since urged motorists to be cautious when driving. 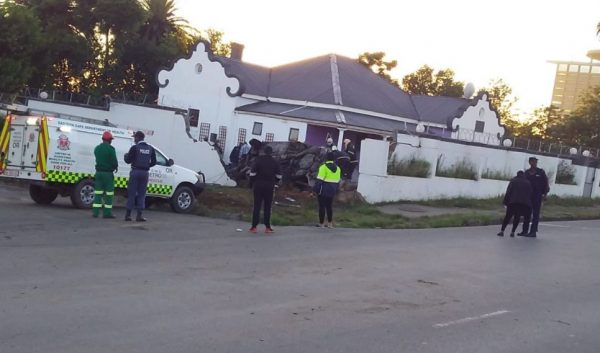 The vehicle veered off the road, crashed into the wall, and burst into flames. Picture Supplied.

An inquest docket has been opened at Madeira Police station in Mthatha following the death of five people on Sunday morning.

According to the Provincial Department of Transport in the Eastern Cape, the five were burned beyond recognition when a BMW sedan they were travelling in crashed into a boundary wall of the houses along the street in the early hours of Sunday morning.

“The vehicle was entering Mthatha from Engcobo side where the accident happened. The vehicle veered off the road, crashed into the wall, and burst into flames,” reads the statement.

“All five occupants perished on the scene. An inquest document has been opened at Madeira Saps for further investigations.” 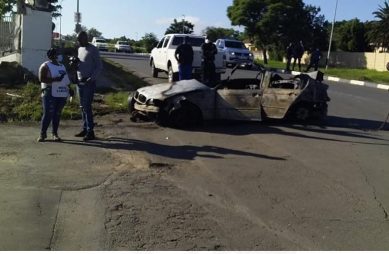 The Department’s Spokesperson Unathi Binqose has since urged motorists to be cautious when driving.

He said most of the accidents could be avoided if drivers practised caution when driving.

“We can confirm this accident that happened in the early hour of this morning claiming so many lives,” said Binqose.

“It is for this reason that the MEC for transport is calling on motorists to remember that their lives, that of their passengers and even the lives of fellow road users are entirely in their hands and is therefore urging them to take charge of their lives and ensure that we protect each other.”

“A lot of accidents that we are seeing happening on our roads are accidents that can be avoided and therefore we are urging people to avoid such accidents and save lives.”