'With the economy in disarray, steps must rather be taken to stop the illicit trade that is leeching vital funds.'

The manufacture said in a statement that it was surprising that the minister had taken the ruling on appeal to the Supreme Court when it was no longer relevant as the ban was lifted six months ago.

ALSO READ: Batsa ready for round two in fight against Dlamini-Zuma’s smoke ban

“Despite our confidence in the success of our case, we think the government would be wiser allocating its resources to combating the illicit trade in cigarettes which was fortified by the ban and is now running rampant across South Africa,” the statement says.

In her formal submissions, Dlamini-Zuma claimed the ban’s impact on the legitimate and taxpaying industry was heavily mitigated because the vast majority of smokers were still able to purchase tobacco illegally.

“This is an extraordinary contention and illustrates how acutely aware the government is of the actual effect and consequences of the ban,” said Johnny Moloto, Batsa general manager.

“This is the minister admitting that the overriding effect of the ban has been to create what is, by many measures, the world’s largest illegal market for untaxed cigarettes.”

He said criminal cartels exploited the tobacco ban, further establishing distribution routes and supply lines while at the same time South African smokers were effectively “educated” on purchasing illegal and untaxed cigarettes, which yield no revenue at all to the government that introduced the ban.

“With the economy in disarray, steps must be taken to stop this illicit trade leeching vital funds,” Moloto said. 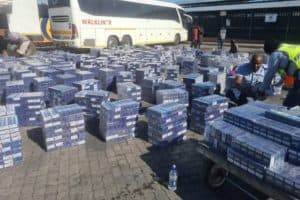 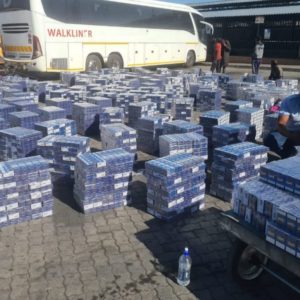 PIC: Illicit cigarettes worth R2 million confiscated at Beitbridge
2 months ago
2 months ago

PIC: Illicit cigarettes worth R2 million confiscated at Beitbridge
2 months ago
2 months ago