The former SABC and Tiger Brands CEO's death came a shock on Sunday, with several friends and former colleagues paying tribute to him on social media 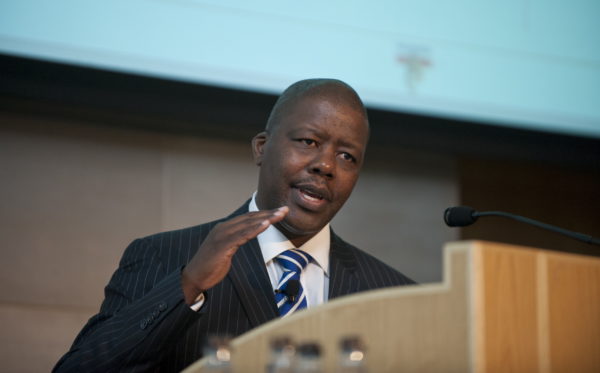 eNCA reported that Matlare’s family had confirmed his death, saying that he had been diagnosed with Covid-19.

Meanwhile several friends and colleagues took to social media to express their shock and pay tribute to Matlare.

Shocked and saddened by the news of the passing of Peter Matlare. #Covid19 has robbed us of another professional in his prime. Heartfelt condolences to the family, friends and colleagues. May his soul #RIP #RIPPeterMatlare pic.twitter.com/POW7JRIKPr

Shocked to hear of the passing of #PeterMarlare. He was Group Chief Executive of the SABC, before resigning in 2005. Later that year, The #SABC enjoyed its most profitable year in almost 70 years. pic.twitter.com/k4SnBmpC8L

The passing of Peter Matlare is such a huge loss in the corporate sector and black leadership. He was such a beacon for young black upcoming Executives. No CEO of SABC has surpassed him in making it profitable and with surpluses. His Tiger Brand and ABSA leadership too. Fare thee

Matlare was appointed as CEO of Absa’s regional operations in August 2016, after previously serving as CEO of the SABC, Chief Strategy Officer of Vodacom SA, and CEO of Tiger Brands. He also served as an executive director of the Absa board.