Reports of illegal rifle ‘an attempt to criminalise students’

EFF MP says it is even possible the firearm may have been planted by those against the Fees Must Fall movement to justify police brutality. 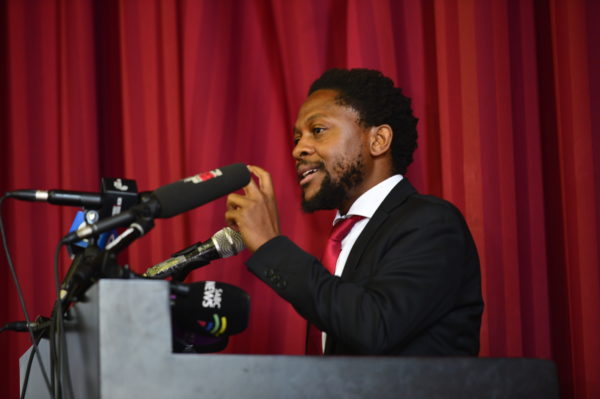 Ndlozi said it was even possible the firearm may have been planted by those against the Fees Must Fall movement to justify police brutality.

“This is an attempt to criminalise students and therefore justify police brutality! We see you, information paddlers of Crime Intelligence! You may very well have planted the guns through your own operative posing as students,” said the EFF MP.

The commissioner of police in Gauteng, Lieutenant General Elias Mawela, on Thursday ordered an urgent probe into an illegal high-calibre firearm that was found on Wednesday afternoon in the possession of two students in Braamfontein, Johannesburg.

According to Brigadier Mathapelo Peters, police had been on high alert monitoring protests by students of various tertiary institutions in Gauteng, particularly in Johannesburg, in the past week.

“A Crime Intelligence report indicated about a dangerous weapon that was operationalised and led police to a gathering in Braamfontein where students were in attendance. It is at this gathering where members observed two students in Stiemens Street carrying an automatic rifle,” said Peters.

“The officers kept close watch and saw the pair drive off in a vehicle. The car was followed and ultimately stopped by the Johannesburg Flying Squad and the Tactical Response Team in Auckland Park.”

Upon searching the car, police allegedly found a Galil – an automatic rifle of Israeli-make, with a loaded magazine.

A 24-year-old man and 21-year-old woman were arrested immediately and are expected to appear in the Johannesburg Magistrates Court on two charges of possession of an illegal firearm and ammunition; and possession of a dangerous weapon.

“This goes to prove the magnitude of the problem police are facing in terms of the proliferation of illegal firearms. That this could be in the arms of a student is worrisome, notwithstanding the question why a firearm of this calibre was brought to a gathering of students in the first place,” Mawela was quoted as saying.

SA unrest: SAHRC to probe causes and impact of violence, looting
13 hours ago
13 hours ago

SA unrest: SAHRC to probe causes and impact of violence, looting
13 hours ago
13 hours ago