No confidence motion passed against Habib for use of N-word

Habib recently stepped aside from his role at SOAS University of London to allow the full investigation into his use of the N-word. 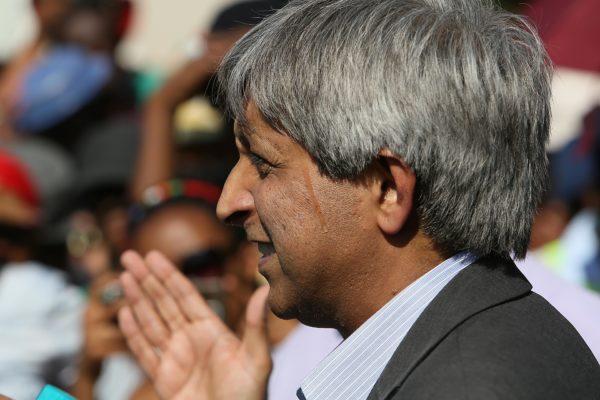 A motion of no confidence has been passed against former University of Witwatersrand (Wits) vice-chancellor professor Adam Habib following the controversy of his use of the “N-word” while addressing students during a webinar.

This is after Habib stepped aside from his role as director at the University of London School of Oriental and African Studies (SOAS) as the institution investigates the incident.

In a statement dated 23 March, the SOAS Unison Branch committee, a trade union for professional and support staff, announced that 98% of members voted to pass the motion of no confidence during a meeting.

“SOAS Unison members have overwhelmingly backed a vote of no confidence in SOAS director Adam Habib. A motion of no confidence was passed at an emergency general meeting of the Unison branch on Tuesday (23 March), with 98% of members present voting in favour of the motion, 0% against and 2% abstaining.

“Members also called on the school to ensure that no student faces repercussions for challenging the director’s use of the N-word in the student meeting of 11 March 2021 and to provide transparency regarding its handling of complaints following that meeting.

“The branch also called on the school to take urgent steps, in consultation with the equalities and black members reps of the campus trade unions, students’ union, and Art and The African Mind Society to address the serious concerns that have been raised regarding anti-black racism in the school.”

Meanwhile, SOAS board of trustees chairperson Marie Staunton noted the board was following all necessary steps to ensure that the institution sought to craft and deliver the actions “needed in this regard”.

“We will continue to find ways to facilitate the mediated conversations and engagement – including with Adam – that centre on the Black community and the SOAS community broadly, in ways that also do not compromise the process of the investigation,” Staunton said.

Many people on social media have been calling and petitioning for the removal of Habib.

Last week Habib responded to critics saying some people were deliberately misrepresenting the conversation and turning it into a political spectacle.

READ MORE: ‘It’s wrong for him to use the N-word’ – EFF calls for Habib’s sacking

In a series of tweets, Habib argued that some had rushed to judgment without facts.

He argued the reason he verbally said the word was “arguing for taking punitive action”.