'By stopping alcohol sales from outlets for off-site consumption, Ramaphosa is encouraging mass gatherings at restaurants, mass infection and drinking and driving.' 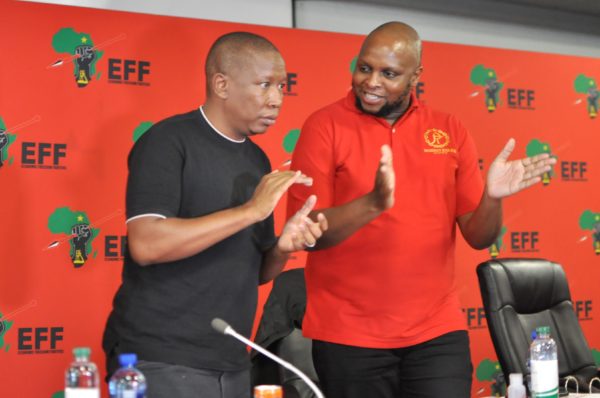 The EFF on Wednesday afternoon responded to President Cyril Ramaphosa’s new Easter lockdown regulations, saying that it’s the most illogical and irrational address Ramaphosa has perhaps ever delivered.

During his State of the Nation address on Tuesday 30 March 2021, the President said the sale of alcohol for off-site consumption would be prohibited for four days from Friday 1 April to Monday 5 April. Restaurants, shebeens and bars, however, will be allowed to sell alcohol until 11pm.

In a statement, the EFF said that by doing this, Ramaphosa has essentially encouraged people to go out to consume
alcohol in public spaces in their numbers, in what practically constitutes a festive season. They say the President is encouraging  mass gatherings at restaurants, mass infection and drinking and driving.

“It is incoherent and this regime is delivering South African people to death in order to promote the economic interests of their handlers in the USA and UK, whom they have given a monopoly on procurement of vaccines in this country,” the statement reads.

The party also feels the decision to increase the number of people allowed to attend gatherings is a senseless one “that will ultimately motivate the increase of infections and death”.

The new Easter lockdown regulations now allow for 250 people indoors and 500 people outdoors for religious and other gatherings. If the venue is too small to accommodate these numbers, no more than 50% of the venue capacity may be used. Ramaphosa said the sizes of the gatherings would be reviewed in the next 15 days.