Forest elephant numbers are down more than 86% in 31 years, while savanna elephants have fallen 60% in past 50 years. 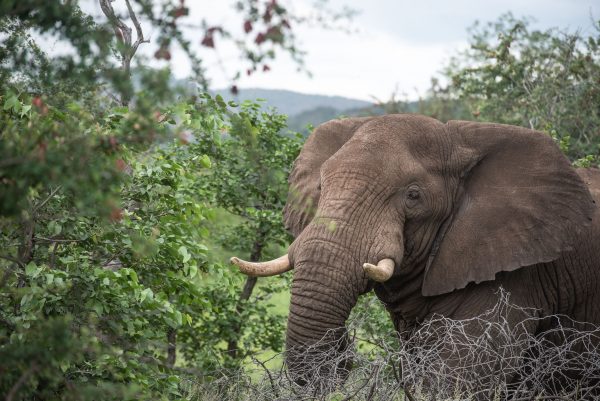 An elephant in the Kruger National Park near Punda Maria, 25 January 2021, Limpopo. As a precautionary measure the National Park had already closed all gravel roads and some facilities in the Pafuri area after heavy rains a week before. Picture: Jacques Nelles

Last week, the status of the African elephants changed dramatically, proving once again the damage human beings have inflicted on animal species knows no geographical or political boundaries.

The International Union for the Conservation of Nature (IUCN) announced on Thursday that the African forest elephant is now critically endangered and the African savanna elephant listed as endangered.

Before this update, African elephants were treated as a single, vulnerable species. The IUCN said the emergence of new genetic evidence has prompted African elephant species to be separated for the first time.

Forest elephant numbers have plummeted by more than 86% in 31 years, while savanna elephants have fallen around 60% in the past 50 years.

Humane Society International (HSI) Africa wildlife director Audrey Delsink said research suggests there are around 415,428 elephants left in the wild, but that since 2006 around 111,000 elephants had perished.

Some 90% of elephants’ range has also declined.

Delsink noted that Namibia did not participate in the African Elephant Status report of 2016. This is significant because the country loses a number of elephants every year to poaching. As such, she said the present numbers are likely lower than the 2016 estimates.

“Elephants are transboundary, meaning that they do not abide by geographical or political boundaries. Rather, their spatial and temporal movements are driven by where they feel safe and where they have adequate resources.

“As such, human activities have a direct impact on directing where elephants go,” Delsink said.

The problem with the fluid movements of elephants is they are tracked on a country-specific, instead of a regional basis.

“This latter approach considers static, fixed and hard measures such as carrying capacity based on inaccurate data, leading to decisions that support culling and so on.”

One example is Botswana, home to one-third of Africa’s elephants, who lifted its trophy hunting ban in 2019 in a bid to appease communities whose homes and crops were being damaged by elephants.

When the ban was lifted, around 400 elephants were tagged as part of a quota set by the government.

But for a species in a constant state of flux, actions such as this “may have negative triple effects beyond the sphere of influence”.

The focus therefore needs to change from human-wildlife conflict to coexistence, Delsink said.

“That immediately changes the expectation of problems to more harmonious living with wild neighbours. It is, after all, humans who have encroached onto wild spaces and territories due to our ever-increasing population.

“As custodians of wildlife, ‘first do no harm’ should always be our mantra.”

Delsink also said a zero trade in elephant products, both locally and abroad, must be enforced.

If we do not act fast, and protect the now-critically endangered African elephants, as well as protect their habitats, we risk bringing yet another animal population to the brink of extinction.

Karpowership: Energy diversification or setting of table for comrades to eat?
22 hours ago
22 hours ago

Karpowership: Energy diversification or setting of table for comrades to eat?
22 hours ago
22 hours ago