The delays are due to high traffic volumes experienced from early on Saturday morning. The N3 route remains incident-free. 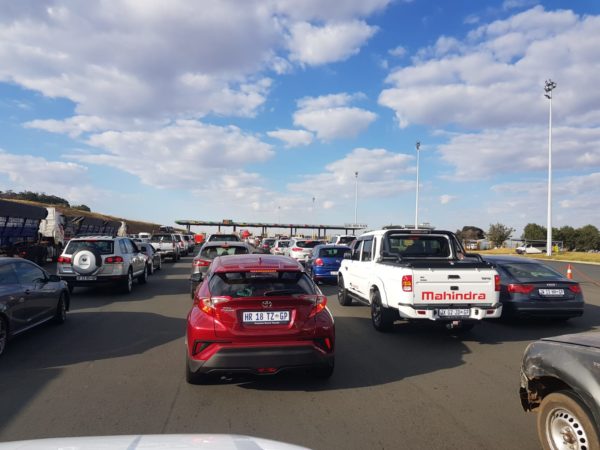 Traffic is queueing for 2km outside the De Hoek plaza on the N3 highway in Heidelberg, as holidaymakers flood to make the most of the last of warm long weekends.

Reports on Saturday morning saw the first major toll plaza on the highway for most routes severely backed up.

N3 Toll Concession (N3TC) warned the public on Friday it was expecting a rise in traffic volumes from midday on Saturday, as public schools close for the annual autumn holiday, and to celebrate Freedom Day on Tuesday.

Other travellers have taken a long weekend, to bask in sunny public holidays before winter hits.

N3TC operations manager Thania Dhoogra told The Citizen she was not aware of any incidents along the route, but that traffic volumes had started to increase early on Saturday morning.

She said there were around 1,051 vehicles passing through De Hoek plaza every hour, heading south.

Motorists are urged to avoid reaching toll plazas during peak hours, and to allow for extra travel time due to possible traffic congestion and delays.