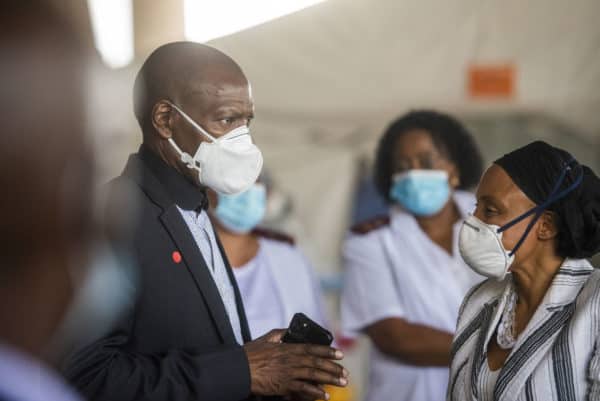 Daily Maverick has reported that Dedani and his wife, Sthoko Mkhize, benefited from the Digital Vibes contract, with the couple allegedly using over R1 million to obtain a nail care franchise and hair salon.

The publication reported that R650,000 was given to Sthoko to open her Tammy Taylor Nails franchise at the Midlands Mall in Pietermaritzburg.

The franchise was opened in December 2020.

Then R446,000 of the contract’s funds was used to start a new hair salon, Gold Ace Cuts and Curls, which is reportedly co-owned by Dedani.

This is despite Dedani denying claims that he benefited to the tune of R3.8 million from the Digital Vibes contract.

The Sunday Times has also reported on money-laundering allegations involving Dedani, which was included in the Special Investigating Unit’s (SIU’s) affidavit.

He allegedly received more than R4.2 milion in electronic fund transfers (EFTs), including money for a car instalment.

This also allegedly included cash in plastic bags and cardboard boxes, which was given to Dedani by a petrol station manager who was registered as the owner of Digital Vibes, according to the publication.

This was done after Digital Vibes allegedly recruited a cash-‘n-carry owner to help launder the contract’s monies.

Daily Maverick’s investigative unit, Scorpio, previously revealed that Digital Vibes purchased a second-hand Toyota Land Cruiser for Dedani around the same time the Department of Health transferred about R50 million to the company for its services.

Last Thursday, the SIU filed a 90-page affidavit to the Special Tribunal.

The SIU is seeking to review and set aside the multimillion-rand tender awarded to Digital Vibes, a company purportedly owned by Mkhize’s close associate Tahera Mather.

The SIU listed 20 people – including Mkhize and his son – who received around R90 million from the R150 million contract.

The investigating unit has also recommended that the National Prosecuting Authority (NPA) consider charging Mkhize and his son for corruption over “suspicious payments” they received from Digital Vibes.