Eleven cyclists struck by vehicle in horror accident, one killed

Paramedics were greeted 'by a chaotic scene' on Saturday morning when a vehicle slammed into a group of cyclists. 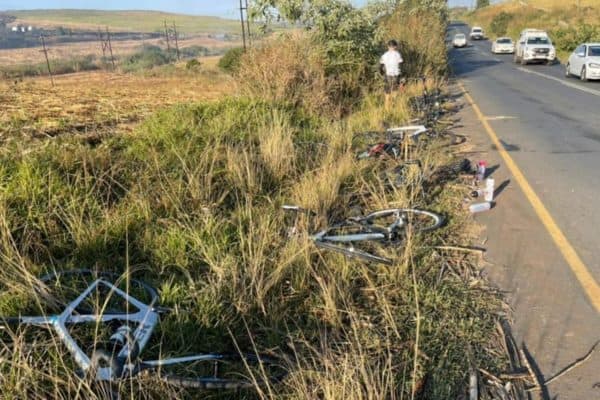 IPSS Medical Rescue, together with IPSS Search and Rescue division, responded to reports of a mass casualty incident on the R102 Frasers in Tongaat, KwaZulu-Natal on Saturday morning.

According to Arrive Alive, paramedics “were greeted by a chaotic scene”.

“It was reported that a vehicle had allegedly been overtaking several cars on a blind rise when the vehicle struck a group of cyclists”. 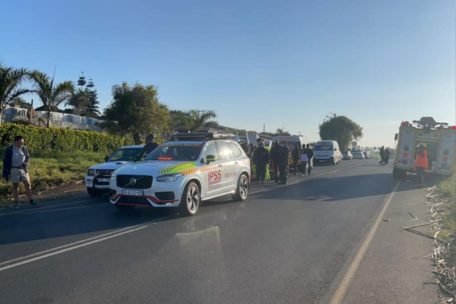 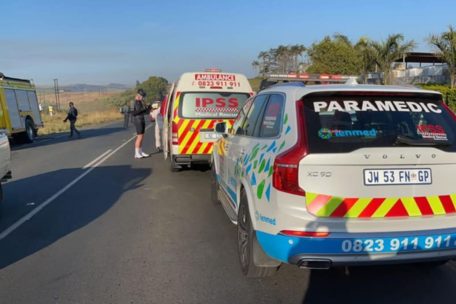 One cyclist was trapped under the vehicle after being pinned and dragged for several meters. Paramedics attempted to free him, but the cyclist had sustained multiple injuries and was declared dead on the scene.

According to Arrive Alive, a large proportion of pedestrian and cyclist collisions occur around dusk, dawn or at night due to poor visibility. Cyclists are advised to wear colourful accessories to increase visibility.

These accessories include clothing made of reflective material such as ankle bands, reflective vests, as well as lights positioned on the front and rear of the bicycle, and wheel reflectors.

In addition, a New Zealand study found that wearing white helmets and highly visible clothing would reduce visibility-related collisions by 45%

“Most drivers are nice people but don’t count on them paying attention. Watch out – make eye contact to be sure they see you”.