Suspended officials have been informed the department will appoint a service provider to commence with the investigations. 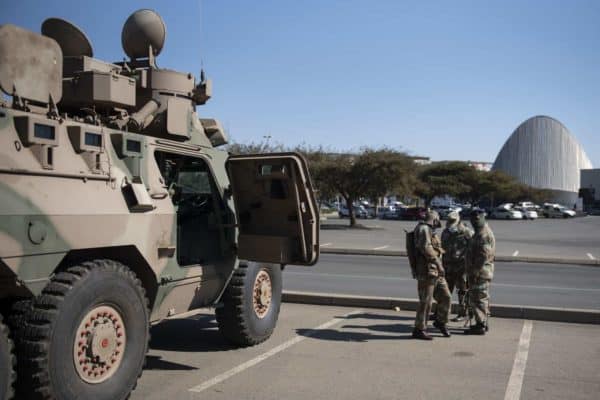 Irregular, fruitless and wasteful expenditure of over R124 million is behind the department of defence and military veterans placing four senior managers on precautionary suspension pending an independent probe.

Yesterday, Defence and Military Veterans Deputy Minister Thabang Makwetla said measures taken by department director-general Irene Mpolweni against the four were in line with the implementation of consequence management required by the Public Service Commission (PSC).

The action, said Makwetla, followed a meeting with the PSC.

He said: “The Public Service Commission draws the attention of the department to the fact that in the annual report for the financial year 2019-2020, the commission noted the department reported irregular expenditure amounting to R119 002 000.00, fruitless and wasteful expenditure to the tune of R5 084 000.”

“The suspended officials have also been informed the department will appoint a service provider to commence with the investigations.”

“The service provider will also be appointed to attend to the implementation of the findings and recommendations of the investigation.”

Makwetla said the department planned to finalise the investigation within 60 days.

“The decision of the director-general to place these senior managers under precautionary suspension is also intended to respond to the demands of consequence management as required by the Public Service Commission.”

“On 5 July, 2021, the Public Service Commission wrote to the then acting director-general Lieutenant-General Derrick Mgwebi requesting him to provide and submit information on consequence management in respect of irregular, fruitless and wasteful expenditure by the department.”

“The PSC also makes the point that reports on financial misconduct submitted by the department for the year 2019-2020 financial year to the PSC do not reflect whether consequence management was or will be imposed against the perpetrators that committed irregular, fruitless and wasteful expenditure.”

New Minister Thandi Modise was appraised of the decision taken by the director-general against the senior officials.

The department for years led by Nosiviwe Mapisa-Nqakula has several challenges, including allegations of graft and the plight of military veterans and their families.

Mpolweni said the department would urgently attend to the plight of families of veterans “from a destitute environment”.

“We are putting our front-line officers dealing with our military veterans through training,” said Mpolweni. Makwetla said the department was also probing concerns about military veterans accommodated in hotels around Tshwane.

“It is a development which the department was not aware of and we have called for an urgent meeting, because there are other interventions that can be made,” he said.