Woman in power: Meet one of 26 female TRT members in Saps

She is one of only 26 women attached to the Saps tactical response teams (TRT). 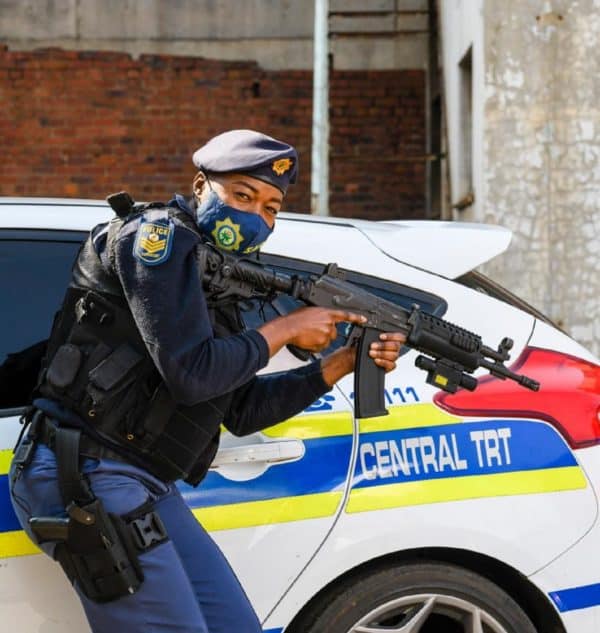 In marking women’s month, the South African Police Service (Saps) is celebrating its women who continue to make a mark in a tradionally male dominated environment.

Meet Sergeant Minah Thinane, one of only 26 women attached to the Saps tactical response teams (TRT).

From Ga-Sekgopo in Limpopo, Thinane began her career in the Saps in 2007 when she was 20 years old. She is attached to the Tshwane TRT.

At the time when the TRT units were established, the 35-year-old member was one of only two females that had qualified to serve in the specialised unit.

As a member of TRT, Thinane responds to medium to high risk operations which include cashin-transit heists, armed robberies as well as the tracking and tracing of wanted suspects especially those involved in serious and violent crimes, such as the killing of police officials.

Thinane and her team are usually deployed to crime hotspots to capacitate police stations and other units.

They are often strategically deployed in areas that are crime infested.

As a TRT member she was also deployed to work during the 2010 Fifa World Cup where they would ensure the safety and security of all soccer teams that qualified to play in the world cup.

On a daily basis, part of her responsibilities is to also escort cash vans to prevent and combat cash-in-transit heists.

To cope in such an environment, Thinane says you need to be a team player and possess great communication skills.

“When you are working in an operation, you always need to know where your other unit members are so as to ensure their safety,” Thinane says.

“I need to be able to assess the situation quickly and communicate with the crew. When TRT members enter a volatile situation, we have to act quickly to diffuse the situation.”

Thinane adds that she finds pleasure in her job when she receives feedback from detectives that those who are behind serious and violent crimes in South Africa have been convicted and are now serving lengthy terms in prison.