De Lille was sharing a platform with experts in a webinar on the role of women in land reform. 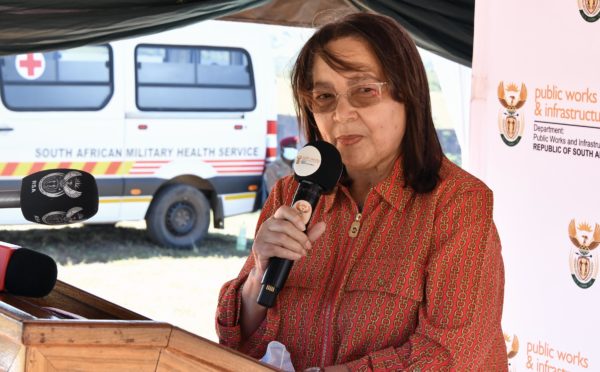 So skewed and unequal is gender-based land ownership in sub-Saharan Africa that on average only 15% of landholders are women receiving less than 10% of available credit and seven percent of extension services, Public Works and Infrastructure Minister Patricia de Lille said yesterday.

De Lille was sharing a platform with experts in a webinar on the role of women in land reform, agriculture and food security in marking Women’s Month in South Africa.

Quoting statistics of the United Nations Food and Agriculture Organization, De Lille said projections were that if women were given the same access to productive resources as men, crop yield would be increased by 20% to 30% reducing the percentage of world hunger up to 17%.

Despite women accounting for 60% to 80% of smallholder farmers in the developing world, fewer than 20% of landholders were women.

This was due to legal and cultural constraints related to land inheritance, ownership and use.

“Food security exists when all of us have physical and economic access to sufficient, safe and nutritious food to meet our dietary needs for active and healthy lifestyles,” said De Lille.

“Food security reduces poverty one of the most important issues in the development policies of almost all the countries in the world. Poverty causes human deprivation which manifests in hunger, malnutrition, disease and illiteracy.

“Agriculture needs land, labour and capital the classical conditions for economic activity. There is no better investment than investing in women, if we are to ensure our food security and that of the world.”

“Land reform is more than just agriculture and the department of public works and infrastructure plays an integral role in government’s land reform efforts to release state-owned land for various land reform purposes.”

“Land reform includes land restitution to finalise claims of families who were dispossessed of land by the Natives Land Act of 1913 and the Group Areas Act of 1950,” she added.

Speaking at the gathering, Prof Ruth Hall of the University of Western Cape’s Institute for Poverty, Land and Agrarian and a member of the presidential advisory panel, said: “Across the world, most farmers are women most are black, in Limpopo, KwaZulu-Natal and in the Eastern Cape, where most farming happens.”

“I don’t think we need to simply choose a few individual black women farmers and provide a lot of support to grow their businesses or create more women farmers.”

“When we look at small-scale farmers mostly black and mostly in the communal areas, who got land through land reform you see the opposite of that.”

“There is a very small number of between 3 000 and 5 000 seriously established commercial black farmers.”

“And there are about 200 000 black farmers who are selling commercially, but trading informally in a loose value chain, which is where we should be focusing not on those who are doing well commercially.”