The municipality tried to back out of the settlement to buy unlawfully occupied buildings. 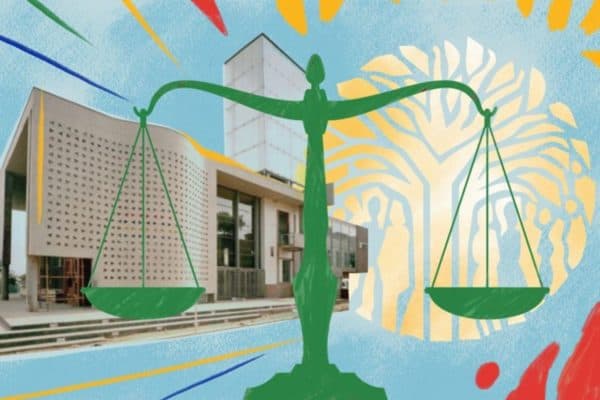 The City of Ekurhuleni’s bid to rescind a court-mandated settlement in which it would buy 16 private buildings taken over by illegal occupants has failed.

The agreement, signed in February 2020, brought to an end three years of legal wrangling between the City, the MEC for Human Settlements, the occupiers and the owners of the properties, referred to as the Rohlandt group.

In March 2019, the occupiers launched urgent court proceedings seeking to stay their eviction pending the provision of alternative accommodation by the MEC. Read the judgment here.

In a counter-application, the Rohlandt group sought an order declaring the failure of the Municipality and the MEC to provide alternative accommodation to have infringed on their Constitutional rights and those of the unlawful occupiers.

They also wanted the court to declare that they were entitled to sue both the municipality and the MEC for damages.

In February 2020, when the matter came before Judge Colin Lamont, the parties settled and the agreement was made an order of court. The municipality was ordered to buy the 16 properties in question, the value to be determined in terms of the provisions of the Expropriation of Land Act. The MEC was directed to provide provincial government funding for this.

It was recorded that some rates, taxes, water and electricity arrears charges would be written off while others would be negotiated or referred back to the court, as would any claim by the Rohlandt group for loss of income.

But a year later, the municipality said the attorney who acted for it had no authority to agree to the deal.

In considering the bona fides of the municipality, Judge Van der Merwe noted that the Rohlandt group said that it had come to its attention that the City’s Housing Task Team allegedly assisted the illegal occupation, and therefore the municipality was both author and orchestrator of the subsequent events.

The judge said this allegation had not been “meaningfully rebutted” by the municipality and “it would not be unfair if an adverse inference is drawn against it insofar as its bona fides are considered”.

She said the court’s power to rescind a final order was limited and only permissible if there had been fraud or a material mistake.

The court also had to consider the reasonableness of the explanation proffered for the rescission and the bona fides of the applicant.

The judge said while the municipality claimed that its erstwhile attorney, Mr Maluleke, had no authority to settle the matter, it had not directly attacked his competence and had not explained why it had not reported his conduct to the Legal Practice Council.

Maluleke had made a statement under oath that he had not misled the parties, and that the municipality’s case had always been that it did not have funds to assist the occupiers with alternative housing, and that its application for funding to the MEC had been rejected. However, at the hearing in February, the MEC had agreed to provide the money to buy the properties and so the agreement was signed.

Judge Van der Merwe said regarding the settlement of rates, taxes, water and electricity, it would not have been just and equitable in these circumstances for the Rohlandt group to be held liable for these costs.

The court ruled that the order was competent and proper in terms of the Constitution, law and public policy.

“The order holds some practical and legitimate advantage. There is no need for the execution of eviction orders, the municipality is absolved from the burden of having to find new accommodation for the unlawful occupiers, and it brings to an end some of the litigation between the parties.”

She dismissed the application and ordered the municipality to pay the costs.

NOW READ: Residents up in arms over Ekurhuleni’s property roll

Published originally on © 2021 GroundUp. This article is licensed under a Creative Commons Attribution-NoDerivatives 4.0 International License.