Says investment, should contribute to the development of integrated industrial value chains that generate sufficient and significant added value for the economy as a whole. 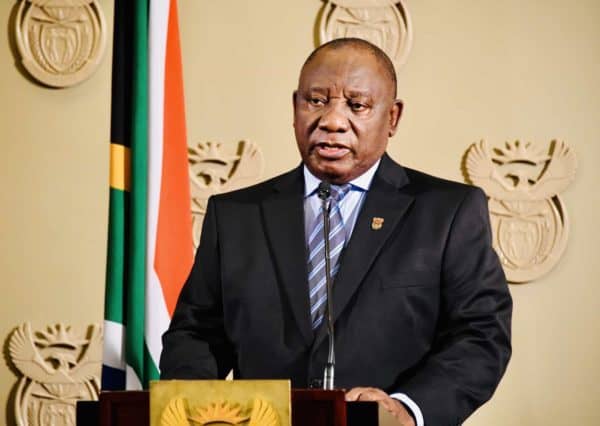 President Cyril Ramaphosa told delegates at the Limpopo Investment Conference on Wednesday the country was fighting tooth and nail to raise R1.2 trillion in foreign and domestic investment over a period of five years.

He was addressing delegates virtually at the Ranch Hotel, outside Polokwane.

Limpopo is endowed with vast mineral deposits and is blessed with fertile soil. It is also a place of immense scenic beauty, numerous heritage sites and other natural wonders.

In the last financial year, the province led the country in terms of domestic tourism with over 22.2 million arrivals, thus swelling the province’s economy, which was already on the brink of collapse.

The conference, which ends on Thursday, aims to draw investors from across the country, the continent and the world, seeking opportunities for new and further investment in order to create jobs and fight the escalating unemployment in Limpopo.

Ramaphosa told delegates, led by premier Stan Mathabatha: “We are very clear that the challenges of poverty, unemployment and inequality will only be effectively addressed through higher levels of inclusive economic growth.

“For Limpopo, this requires increased investment in critical areas of the provincial economy, especially in areas such as mining and mineral beneficiation, agriculture and agro-processing, as well as tourism.”

He said these industries have tremendous potential to attract large and sustained capital investments to Limpopo.

Investment, according to Ramaphosa should contribute to the development of integrated industrial value chains that generate sufficient and significant added value for the economy as a whole.

The value chains, he said create further opportunities for the emergence of more small, medium and micro-enterprises.

He said the other added advantage was that Limpopo was home of a number of well-educated people, skilled people and young people who are ready and willing to work.

He also spoke about integration of African economies to attract investment for Limpopo and SA.

“Our National Infrastructure Plan aims to support the integration of African economies and the development of intra-Africa regional value chains,” he said.

“Investing in Limpopo is therefore very strategic because [it] shares borders with Botswana, Zimbabwe and Mozambique.”