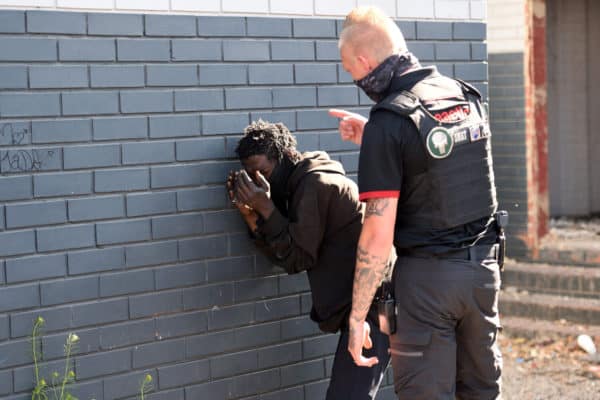 There’s a new station commander in town and according to residents, crime on the streets of Florida in Johannesburg has seen a major decrease.

According to the SA Police Service (Saps) and Stats SA, the latest crime stats, which covered the first quarter of the 2021-22 financial year (April to June 2021) contact crimes had increased to 60.6%.

“When the Minister of Police Bheki Cele released the latest crime stats we realised contact crime was our biggest problem in Florida and what we are doing with these operations is addressing these crimes,” Tsotetsi said.

“Fleurhof Dam, which interlinks Meadowlands Zone 1 and 8 and Fleurhof on Odendaal Road, is notorious for car hijackings, murder, aggravated robberies, robberies and rape.”

Resident Frans Skeeper said they were concerned about the high levels of crime but since the beginning of the operation, crime in hotspots such as the Discovery clinic had dropped significantly.

During a ride with a police patrol,more than three bags of drugs (dagga and crystal meth) were seized.

They also issued more than 40 Aarto fines worth R52 000 while searching more than 200 vehicles at a roadblock.

“At least 325 people were searched for drugs and harmful weapons, said Tsotetsi.

JD Health and Safety Specialised Services’ Jacob Vermaak issued the Protect scrap metal workshop a warning until Saturday to remove loose cables and get proper care for their watch dogs.

Vermaak instructed the scrap yard to assign a safe working environment for the employees, including personal protective equipment, and get rid of the waste in the yard.

The workshop had lose electricity cables and metal everywhere, which the police described as a health and safety hazard, including unmarked and resprayed cars which they had to dust off in order to identify.

“This workshop has a lot to lose if they don’t fix it.

“Furthermore on the site itself there is a lot of loose wires that could shock people; they’re working with machinery that is not covered and also not in a proper working area and those are major hazards.”

He said the owner of Protect scrap metal had dogs on his premises which he claimed were for the workshop’s protection, but the animals were chained and bleeding from the ears and necks.

“We’ve seen that the dogs are chained up during the day which is not right.

“They need proper kennels for the dogs or take them to better places where they can move around during the day. The chains were cutting into their skin and if they do not make a plan before Saturday, I will call the Society for the Prevention of Cruelty to Animals.”