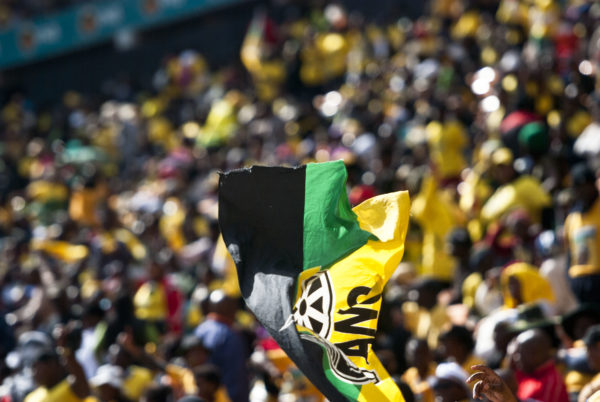 The African National Congress (ANC) says it will prepare to address certain allegations against party leaders and other officials when the State Capture report is released.

This after the party’s national executive committee (NEC) held a special meeting on Friday, which will be followed by a three-day virtual lekgotla from Saturday to Monday.

With the Commission of Inquiry into Allegations of State Capture, chaired by Deputy Chief Justice Raymond Zondo expected to release its report in October, the ANC said it will need to be ready to implement the recommendations of the report.

As of Saturday, 4 September, the cumulative number of detected Covid-19 cases in South Africa is 2,814,014 with 8,411 new cases identified, the National Institute for Communicable Diseases (NICD) confirmed.

This represents a 15.5% positivity rate.

16,708,682 tests in total have been conducted to date in both public and private sectors. The country currently has 144,025 active cases.

Will ANC ever reveal candidates with elections set to proceed?

The ANC’s national executive committee (NEC) held a special meeting on Friday, followed by a three-day virtual lekgotla from Saturday to Monday.

The ANC had hoped for additional time to submit their candidate lists after missing the initial deadline. In a bid to force the IEC to re-open submissions, the party withdrew its application.

The party’s national spokesperson Pule Mabe on Friday said points on the agenda would include the local government elections and the party’s financial woes.

Johannesburg City Power confirmed on Friday that Mongezi Ntsokolo was suspended from the position, just four months after being appointed as Chief Executive Officer (CEO).

Ntsokolo’s suspension from Eskom back in 2018 is believed to have played a part. He reportedly failed to declare allegations of maladministration and corruption from three years ago.

City Power spokesperson Isaac Mangena said an investigation into the allegation will be carried out in due course, but he said he could not comment on the allegations at this stage.

Three men were arrested on Thursday following a botched hijacking and a high-speed chase down Zeekoe Road in Grassy Park, Cape Town.

Dashcam footage of the chase, as well as an eyewitness account, has now been shared on social media and show reaction personnel chasing the hijacked vehicle.

Gunshots can be throughout the duration of the short clip as police vehicles chase after the hijacked Toyota Fortuner at breakneck speeds in an attempt to block intersections.

One of the main challenges to undoing backlogs in licence renewals and applications is corruption at Driving Licence Testing Centres (DLTC) around the country.

This is according to Transport Department Deputy Minister Sindisiwe Chikunga who was briefing the Portfolio Committee on Transport about plans to improve the online licence booking system.

It was revealed during the briefing that the country is losing billions of Rands to corruption at DLTCs with corruption in Mpumalanga costing the state about R2 billion.

It looks like members of the Umkhonto weSizwe Military Veterans’ Association (MKMVA) are still refusing to accept the disbandment of the armed military wing.

Addressing the crowd at the memorial service of the late Kebby Maphatsoe on Friday, MKMVA member Shelly Brown criticised the move of the African National Congress (ANC) to disband the association.

South Africa levelled their three-match ODI series against Sri Lanka in Colombo on Saturday, winning the second ODI by 67 runs in a rain-affected match; victory being achieved through the medium of the traditional principles of winning 50-over cricket.

They won the toss and batted first, opener Janneman Malan getting a masterful 121 and the rest of the top-order supporting him in successive partnerships of 43, 96, 38 and 86.

Ramaphosa: Without accountability, trust in government is broken
24 hours ago
24 hours ago

Ramaphosa: Without accountability, trust in government is broken
24 hours ago
24 hours ago